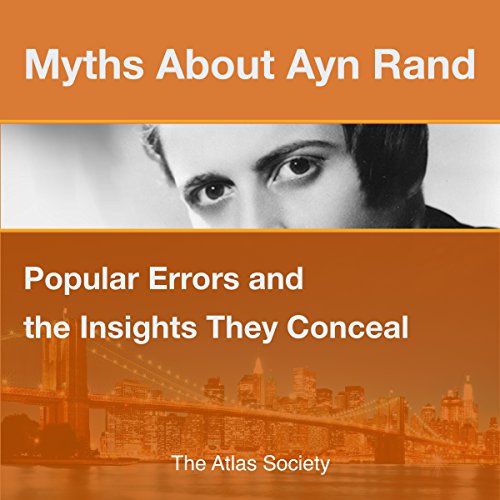 Since the 2008 recession began, sales of Atlas Shrugged have surged and the novel (and author Ayn Rand) have landed at the center of American politics, including presidential campaigns. Thousands of articles have been written about Ayn Rand's ideas. A firestorm of criticism has followed. How is one to make sense of all the competing claims about Rand's ideas? What did Ayn Rand believe? Was she a prophetic visionary who sounded a warning bell about creeping socialism and the financial disaster that would follow in its wake? Did she define what is quintessentially American - individualism, self-authorship, achievement, and freedom? Or was she the lowest of the low, a fawning and vapid worshipper of wealthy persons and unbridled power? If someone asked you to explain Rand's basic ideas, could you? This illuminating book reveals the "clockwork" behind many critics' misunderstandings and distortions of her ideas and provides simple and straightforward explanations of prominent "myths" about Ayn Rand.

Whether you decide to embrace Ayn Rand's ideas, reject them, or simply want to be able to participate in an informed way in conversations about Rand's ideas, this slim volume will help you understand her revolutionary philosophy and identify the myths circulating about her ideas. In these essays, four authors identify some prominent myths, show why they are false, and state the plain facts that the myths conceal.

What listeners say about Myths about Ayn Rand

A must-listen for Rand fans

This quick, inexpensive listen is great, especially if you have already crushed Atlas Shrugged and/or the Fountainhead. Arm yourselves!