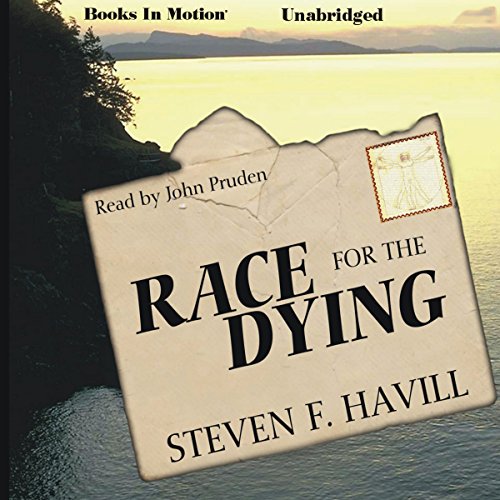 Race for the Dying

The young Dr. Thomas Parks expects to practice trauma medicine with a distinguished doctor in Port McKinney, Washington. What he does not expect is to be nearly killed within an hour of arriving. The accident changes his life, and with long hours of painful convalescence, Thomas makes a sobering discovery: the physician who has invited Thomas to join his practice is not what he seems. At the center of the conflict is mail-order diagnosis, which flourished until the U.S. mail fraud statutes of 1908.

In its landmark report of 1910, the American Medical Association reported that several physicians had organizations that recorded more than 3,000 postal responses per month, a large percentage of which included money for worthless medicine. Steven F. Havill departs from his well-received mystery series to bring readers this fascinating historical novel.

What listeners say about Race for the Dying

Would have been better as a short story

I REALLY enjoyed the second book in this series