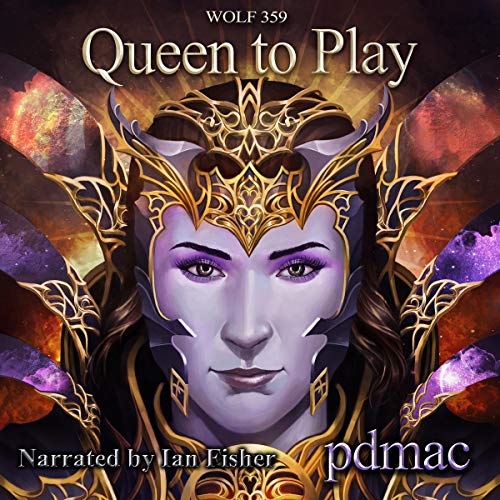 Reveling in the adoration of a nation charmed by their new High Priest, Duncan begins setting the Temple house in order. Unfortunately, his contentment is short lived. Failing to account for a paranoid king jealous of this stranger’s sway over the people, and an entrenched corruption within the Temple - not to mention a scheming senior prelate furious at being denied the high priesthood - Duncan is quickly caught up in the game of power, and just as quickly condemned to die in the wastelands, in the hope that the desert sands will eradicate any memory of the former wizard.

With Duncan gone, things begin to get hot for Alexis as the struggle for the throne escalates with each side demanding her allegiance. Instead, she escapes south with the nation’s tarrac, deciding she’d rather carve out her own little kingdom. She has decamped just in time as the armies of the King’s brother descend on the capital, forcing King Diad to secretly escape by ship in an attempt to gather an army from across the sea. Yet no sooner has he set sail than his son proclaims himself king.

Yet they all have blindly overlooked another’s ambition, someone who desperately wants to rule Gambria - alone. And she might just pull it off. All she’ll need to do is get rid of her husband and her father....

What listeners say about Queen to Play

an interesting story and premise. decently executed however far too many pov changes for my tastes. decent world building that was well displayed. characters are well fleshed out however many interactions were inorganic and all flat. would've been better if the varying povs were their own book. narrator lacked vocal range and pacing. had to play it at 1.65x for it to be at a tolerable pace. not a repeat listen but worth at least one pass through

Brilliant! This series is just getting better!

A fantastic sequel to the first book in the series! I really love this series and what PDMAC is doing with it. There are parts in this book to love, and parts to hate, but it's not from lack of writing! It's because of the emotion and the investment of the characters that cause you to hate it in parts! The world building, the characters, and the storyline are superb. I thought it would linger in spots longer, but the threads are all coming into place and you begin to see how the two kingdoms are connected.
This book is high on politics and a political battle with the missing king, and many people fighting to claim the throne! It's full of intrigue. The audio book was very well done. Hats off to the narrator, and the size... well, this book is massive! 21 hours of audio! The only problem? It seemed to go by too quick! When is book 3 coming to audio? I'm eager to check it out!

Excellent storyline with professional narration. Full of political machinations that are loaded with surprises. This story cries for a sequel.
I recommend this audiobook for ages 17 and older due to some adult situations and violence.
I was given this audiobook for free and I freely give it my rating and opinion.