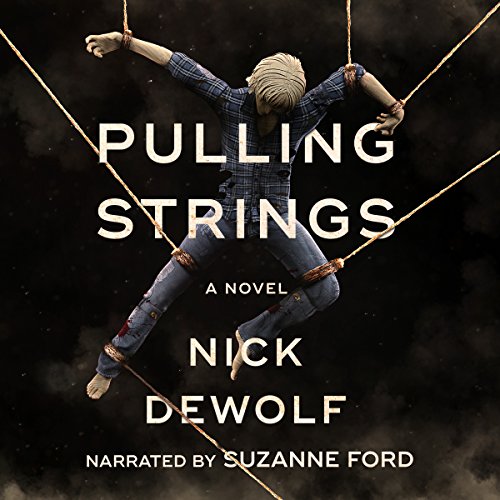 The feeling you're being watched. Knowing what card is next out of the deck. Guessing what someone's thinking... and always being right. Or maybe you can move things. Maybe you can hear people's thoughts. Maybe you can make fire out of nothing. Maybe, just maybe, you're different. Maybe, you're psychic. And maybe, there's a place for you.

Rebecca Colt was different and used her abilities to become the best psychic Secret Agent in America. She traveled the world, hunted down foreign agents, had wild car chases, and adrenaline-pumping shoot-outs. Until one day, in Austin, Texas, when everything went wrong. When a little girl died. When Agent Colt's life fell apart.

Now, she's sitting around a field office in Kansas, thinking of the good old days, begrudgingly awaiting retirement. She just wants one last shot, one thing to put her back on top for a while. So when people start turning up in hospitals nearby, their minds broken into a thousand pieces, she thinks she's found just that chance.

But once she starts her investigation, every answer she gets only leads to more questions. Things don't add up. She starts to realize she's dealing with something bigger and badder and scarier than she's ever dealt with.

It's not a foreign sleeper agent she's tracking. It's a puppeteer, the most dangerous kind of psychic there is. And she has no idea what to do. Or even who it is. But she knows she's alone. She's caught. And she's going to have to fight her way out.