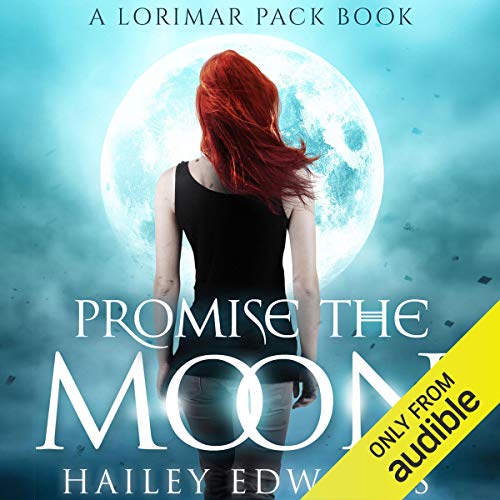 Lorimar Pack, Book 1. War is a constant threat on Dell Preston's horizon. As beta of the Lorimar pack, her job is to maintain the peace on the new border between Faerie and Earth at all costs. Even if that means playing nice with her ex, Isaac, the fae who savaged her wolf's soul, and Enzo Garza, the flirty witch who ought to be focused on building up their magical defenses instead of tearing down the walls around Dell's heart.

Butler, Tennessee, is a pinprick on the map with a diverse population of supernaturals. It's also chockful of humans who are unaware of the magical rift bruising the sky or the otherworldly insurgents raining down into their zip code.

A local fae's disappearance catches Dell's attention, but she dismisses it as an isolated event. Until it happens again. Unable to ignore the strange happenings in her town, she begins an investigation that uncovers so much more than a simple rash of kidnappings.

Now Dell finds herself at the sharp end of a pointed ultimatum. Find the missing and return them to their families or get ready for prime time. Botch this job, and forget coming soon. The war will become tomorrow's featured attraction instead.

What listeners say about Promise the Moon

This was definitely a fast paced story with loads of surprises and a spectacular hook. Now I need to hurry to the next one to learn more about Del and her pack life. She’s an amazing and relatable heroin that I enjoy listening to!

Fae vs shifters if mystery not solved!

Promise the Moon
Gemini
By: Hailey Edwards
Narrated by: Brittany Pressley
Lots of layers of issues in here! Very interesting! Fae are being kidnapped and the shifter pack is getting the blame. Tension is rising and our heroes go out to try to find out what is going on. What they find is very dangerous and unexpected! Great adventure and mystery besides all the other issues going on that kept me listen! Great book!
Narration was excellent!