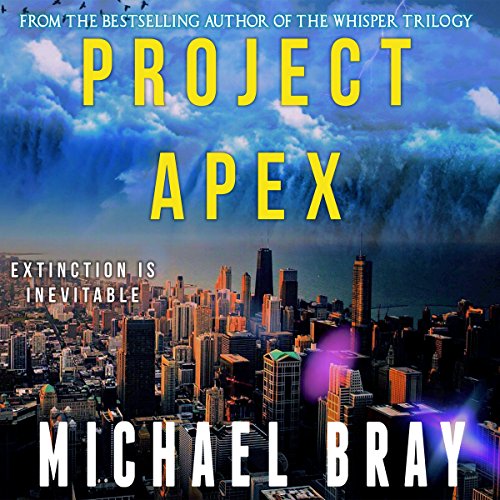 Go to michaelbrayauthor.com to receive a free four-book box set.

When a genetic experiment on a team of military operatives goes wrong with devestating consequences, the world must unite to face a threat that could see the extinction of the human race, as the genetically superior cult, led by the maniacal Joshua, put into play a deadly plan to eradicate humanity from existence and shape the world in their own image.

Inspired by the tragedy of Mary Shelley's Frankenstein and the works of Michael Crichton, and the grand scale and rich cast of characters in Game of Thrones or the slick pacing of Patterson, Project Apex asks the question just what makes a monster, and how far is too far when mankind pushes the boundaries of scientific progress beyond the limit of what is right and wrong.

"Project Apex is more than just a horror novel. It combines elements of horror with some great thriller moments and military fiction into one hell of a fun ride that you won't want to put down . - Gingernuts of Horror

What listeners say about Project Apex

That was very, very good.
A terrifying look at an apocalyptic threat that could in reality, actually happen.
A science experiment gone wrong, or right depending on which side you're on.
It's happened before. This was a really really, good story. The whole concept is just bone chilling.
The action scenes were spot on and I spent the entire time just thinking how awesome this would be as a movie.
I'll definitely be checking out the sequels to this book.