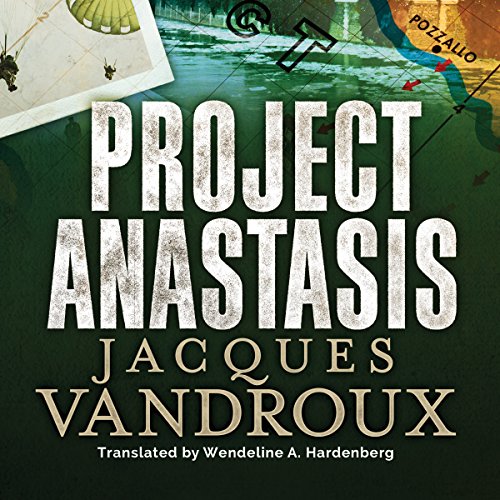 By: Jacques Vandroux,Wendeline A. Hardenberg - translator
Narrated by: Michael Page

As a former soldier, private investigator Jean Legarec is used to high stakes and sharpshooters. But he doesn't realize what he's getting into when he agrees to investigate the disappearance of six-year-old Alexandre, the grandson of a highly influential French politician.

For a million euros, Legarec launches a dangerous search that will dig deep into some of the darkest corners of European history. With the help of the boy's beautiful aunt, Béatrice, he uncovers evidence of a modern-day terrorist plot rooted in a long-buried enterprise of the Third Reich. From Paris to Malta to the Vosges forest, a cast of witnesses - including a death camp survivor and former mercenaries - help Legarec piece together a terrifying truth.

Yet even then, the PI worries that his own dark past and his undeniable attraction to Béatrice might be clouding the investigation. Can he put the personal aside in order to do his job? And can he free an innocent child from a web of absolute evil?