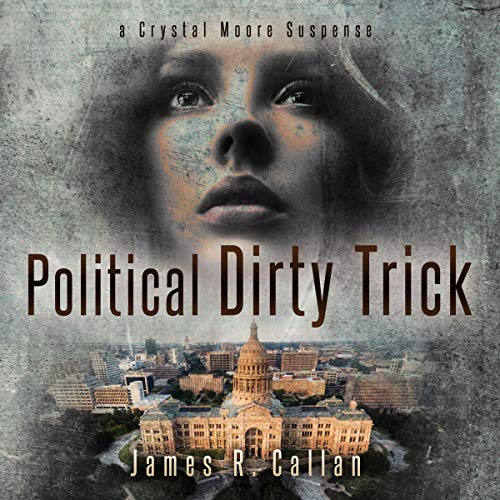 Crystal Moore's good friend Ron Drake is a shoo-in for governor of Texas. Two members of the opposition camp believe their candidate's only chance is a political dirty trick that will sink Drake's backing. They execute an elaborate hoax.

But something goes terribly wrong and a man is killed. And things only get worse from there as the perpetrators try to eliminate loose ends.

The dirty trick is successful. Drake's support begins to crumble. As Crystal investigates the fake news being released, she becomes a target. At this point, no one on Crystal and Drake's side knows these attacks are in any way associated with the campaign.

The attacks get worse, sending Crystal to the doctor once and to the hospital on two occasions. Drake's numbers sink below his opponent's and the attacks on Crystal increase. Drake may lose the election but Crystal may lose her life.

Midwest Book Review's senior reviewer Diane Donovan said in part, "Powerful in its characterization, plot, and narrative interactions, Political Dirty Trick is the item of choice for thriller readers who like their stories steeped in realistic scenarios and possibilities."