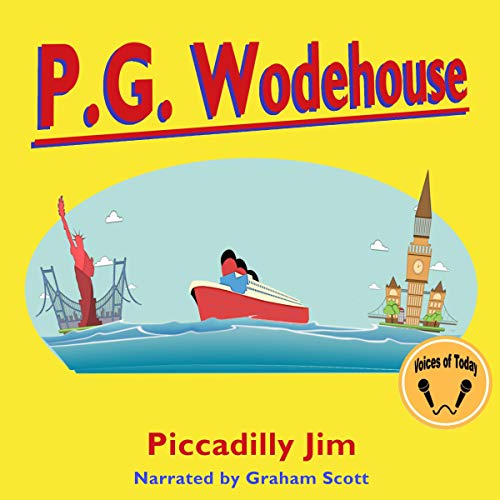 James "Jimmy" Crocker - only son of a jobbing actor, former journalist, and now penitent playboy - returns to his native United States under an assumed name, after five years cutting a swathe through London Society on his rich stepmother's money.

But far from picking up the threads of his peaceable pre-wealth life, instead Jimmy rapidly becomes enmeshed in plots and schemes of espionage and kidnapping. Added to which, he falls in love with a beautiful red-headed girl, whom he has mortally offended in the past - though he can't quite remember how. And all of this while impersonating...himself!

What listeners say about Piccadilly Jim