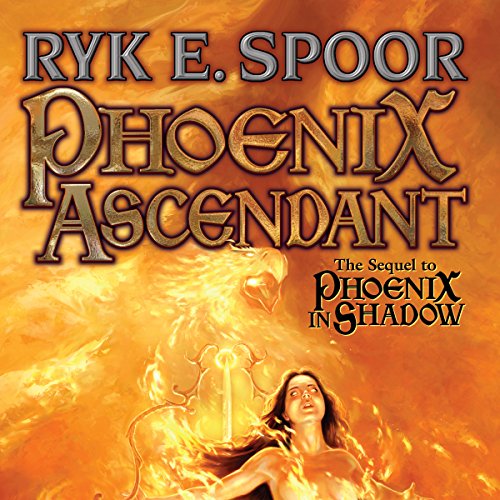 Phoenix and her companions take on the King of All Hells in a final showdown, with the fate of multiple worlds in the balance.

Kyri, Tobimar, and Poplock had managed - barely - to thwart the plans of the mad alchemist-mage Master Wieran and defeat the monstrous Elderwyrm Sanamaveridion, saving the secret country of Kaizatenzei from the evil hidden at its core. Now they believe they have discovered the true architect of not just the fall of the Justiciars of Myrionar - god of Justice and Vengeance - but the unleashing of the forces of the Hells themselves against the other countries of Zarathan. They begin their journey back to Kyri's home, Evanwyl, to confront the being their new ally, Miri, calls Viedraverion, first son of the King of All Hells.

But behind that name lies an even more terrible secret and a plan centuries in the making - a plan that depends on Kyri being who and what she is. Even if the three adventurers can escape the spies and traps within their own adventuring party, their final adversary awaits them eagerly. For with them they carry the key to their enemy's victory - a victory that will destroy not only Kyri, her friends, and her country but also the gods themselves!

Yet Kyri and her allies have a hidden strength themselves. They are fighting for the right, and there are ancient gods and powers who may come to the aid of a true warrior's heart in the time of greatest need.

A good conclusion to the story

I liked the trilogy a lot. It was well written and well performed.

My one criticism is with the story's conclusion. It took FOREVER to get through the last three hours. It really dragged and should have been cut shorter. A lot shorter, even if all the threads didn't get answered.

Speaking of that, the main thread didn't get resolved and that left me feeling more than a trifle cheated in the end.

Your mileage may vary, of course. I'm glad to be done with this, though. I'll still get more if Ryk's stories, but this one wasn't even close to my favorite.