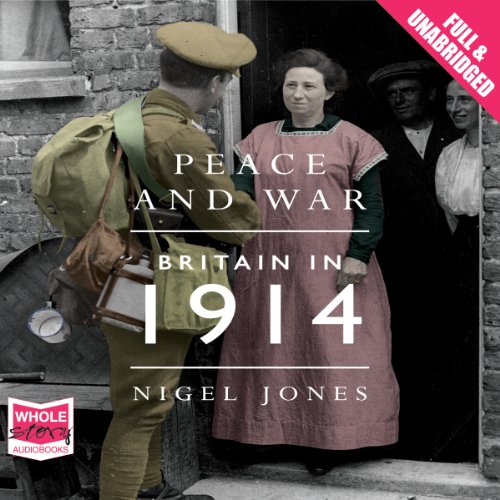 Nigel Jones depicts every facet of a year that changed Britain for ever. From gun-running in Ulster, to an attack by suffragettes on a Velasquez painting in the National Gallery; from the opening of London's first nightclub, to the embarking for Belgium of the British Expeditionary Force, he traces the events of a momentous year from its benign domestic beginnings to its descent into the nightmare of European war.

What listeners say about Peace and War: Britain in 1914