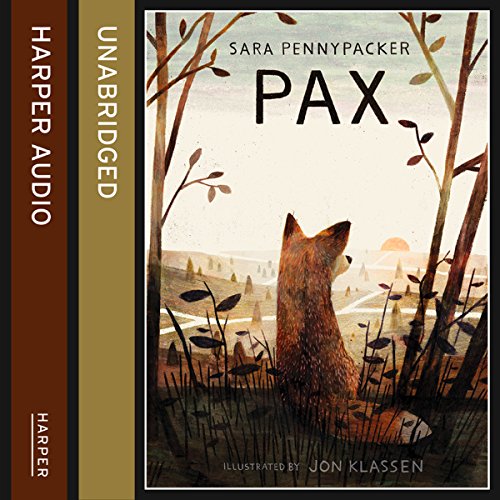 By: Sara Pennypacker
Narrated by: Michael Curran-Dorsano
Try for £0.00

A moving story of the extraordinary friendship between a boy and his fox and their epic journey to be reunited.

Pax was only a kit when his family was killed, and he was rescued by 'his boy', Peter. Now the country is at war, and when Peter's father enlists, Peter has no choice but to move in with his grandfather.

Far worse than leaving home is the fact that he has to leave Pax behind. But before Peter spends even one night under his grandfather's roof he sneaks out into the night, determined to find his beloved friend. This is the story of Peter, Pax, and their journeys back to each other as war rampages throughout the country.

A profound and moving story, Pax is destined to become a classic in the vein of Charlotte's Web and Watership Down.

What listeners say about Pax

What an excellent story

This is truly a WEE gem of a tale. Motherlessness, fatherlessness, war, love, nature, all the great elements required, and written so compassionately, a wonderful tale.

a charming and exciting tale

We really enjoyed the story and the narrator. Would thoroughly recommend. Beautiful story, expertly told.

This is the best book I’ve ever read!

Thank you so much for making this book. In these hard times I’ve really needed something like this to keep me going.

No longer I can benfits