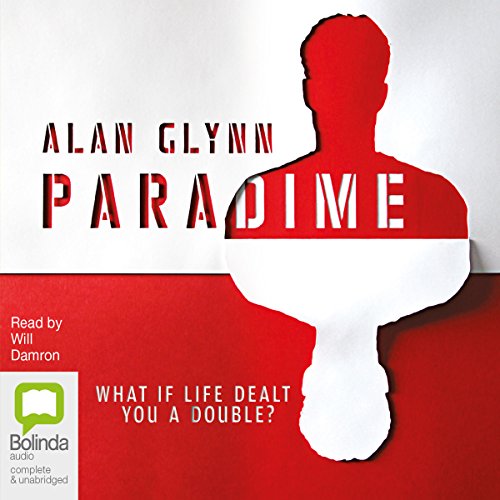 By: Alan Glynn
Narrated by: Will Damron

From Alan Glynn, the award-winning author of Limitless, comes a novel of a 21st century identity crisis that will thrill you from minute one.

Danny Lynch didn't sign up for this, but right now it's all he's got. Three weeks ago he was working at a chow hall in Afghanistan and - more or less - doing fine. Sure, this meant living in a war zone, but he was never in the line of fire, and frankly the money was hard to resist.

Then Danny saw something he shouldn't have, and now he's back in New York City, haunted by what sent him home and lucky to be employed at all, even if that means dicing carrots for ten hours a day in a stuffy Midtown restaurant. The job's one saving grace? A sight line from his prep station in the kitchen to a coveted corner table in the main room. For Danny this is a window into the lives of some of Barcadero's flashy clientele - and one evening he sees a man who looks exactly like him.

Teddy Trager is the visionary founder of the billion-dollar investment firm Paradime Capital. He has everything Danny never knew he wanted - cashmere suits, a sleek sports car, privilege, power - and the closer Danny looks at Trager, the more fixated he becomes.

"Scarily plausible.... There are, as the publishers claim, echoes of John le Carré, 24, and James Ellroy here, but Glynn's talent is all his own." ( The Guardian)

What listeners say about Paradime