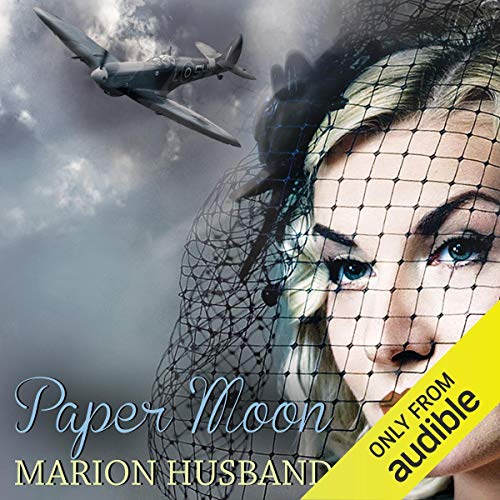 By: Marion Husband
Narrated by: Ben Elliot
Try for £0.00

This book is the winner of The Andrea Badenoch Fiction Award.

Following on from The Boy I Love and All The Beauty of The Sun, Marion Husband’s highly acclaimed debut novel, Paper Moon explores the complexities of love and loyalty against a backdrop of a world transformed by war.

The story is set in the aftermath of World War One. Paul Harris, still frail after shellshock, returns to his father’s home and to the arms of his secret lover, Adam. He discovers that Margot, the fiancée of his dead brother, is pregnant and marries her through a sense of loyalty. Though Adam he finds work as a schoolteacher; while setting up a home with Margot he continues to see Adam. Pat Morgan who was a sergeant in Paul’s platoon, runs a butcher’s shop in town and cares for his twin brother, Mick who lost both legs in the war. Pat yearns for the closeness he experienced with Paul in the trenches. Set in a time when homosexuality was ‘the love that dare not speak it’s name’ the story develops against the backdrop of the strict moral code of the period. Paul has to decide where his loyalty and his heart lies as all the characters search hungrily for the love and security denied them during the war.

Superbly written with engaging characters that are simultaneously strong and weak, compassionate and flawed. The book is a controversial but compulsive read and readers will find their sympathies tugged in unusual directions as they engage with the lives of the characters. The Boy I Love is the first of a two book series – in the second book, based in World War Two we following the life of Mick, now a war poet, his son and Robbie, son of Paul and Margot. Marion Husband is a compassionate and compelling writer exploring the complexities of human nature with great empathy. Her debut novel The Boy I Love,the first in the three part The Boy I Love Trilogy, won the Andrea Badenoch Fiction Award and The Blackwell Prize. Her other novels include The Good Father and Say You Love Me. She is married with two grown-up children and teaches creative writing.

"As with all the best novelists, Husband's talent seems to draw its energy from the experience of writing from perspectives far removed from her own as she inhabits other genders, other sexualities, other eras. Her ventriloquism is compelling" (Patrick Gale)

What listeners say about Paper Moon