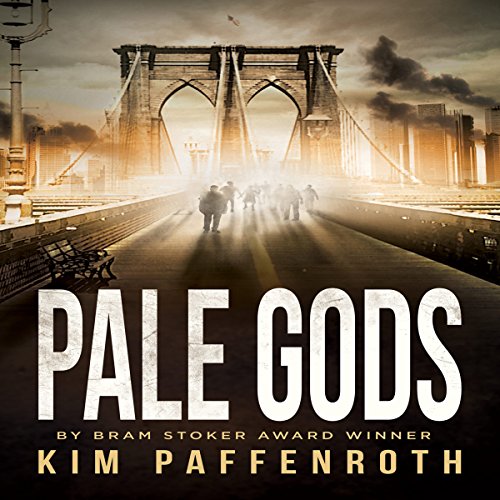 With all the continents overrun by the living dead, the hubs of commerce and civilization are no longer New York or London or Beijing: they’re Nantucket, Havana, and Reykjavik. The sea is not the deadly, foreboding barrier it once was to human life: now it’s their source of safety, transportation, and sustenance. But the mainland beckons reckless, restless men, just as the sea did hundreds of years before, luring them with the promise of riches and danger.

Sailing from Nantucket, the Hyperion takes six foragers on such a quest: Jacob, the scarred captain who lost half his right hand to the dead; Ridley, a young man full of curiosity and naiveté; King, a devout Christian who tries to keep the captain’s madness in check; Sink, who seems to thrive on the casual brutality of their trade; Phil, for whom this is just the best job to support his family in this strange, violent world; and Spider, a boy raised in the post-apocalyptic world, barely aware any other kind of life ever existed.

Their journey takes them back to the land from which they’ve been banished, to steal back from the hungry dead all the things people once took for granted, the remnants of human art and ingenuity, before these are completely lost in the decaying ruins. But this time, they will find not just fuel and tools and weapons, but cities full of dead who are smarter, better prepared, and with their own mysterious agenda.

Great narrator for a good book.

I love zombie books and Pale Gods falls in the middle of the pack. It started off well, ended well and dragged a lot in the middle. I heartily disagree with a previous reviewer about the narrator; he is one of my favorites. He did a great job making the characters come alive and giving each a unique voice. I would love to hear Kipiniak in some more popular and literary books in the future.

Not the Best Reader, But The Story Prevails

There's a lot of monologuing in this book, but in this post-apocalyptic world there isn't much else to do.

I wish I would have read a paper copy, I wasn't crazy about the reader and his character touches felt ham-handed - especially when it came to Jacob. You know how you can tell when someone is reading the material for the first time - a lot of the book felt like that, as if the Reader had just picked up the the story that morning. It made the low points unbearable and the melodramatic points an aural buffet of imaginary scenery.

However, there was a good story here, full of compassion and action. A world where survivors confined themselves to islands or boats, and made their living trading or farming and shooting the dead as they rose. Ridley is our eyes as he discovers a life beyond trading and drinking when he hooks up with a group of foragers.

I enjoyed the philosophical King and the maturing Ridley, but the maniacal Jacob was just a little too much - but that could have been the reader. Nothing the man did seemed to make any sense and I found myself wondering about the Peter Principle.

I treated myself to the digital version of this book and I'll be revisiting it at a later time.