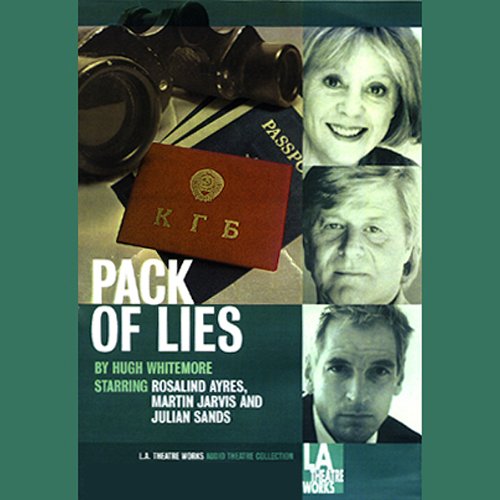 The ordinariness of a London suburb during the Cold War is shattered when a husband and wife are asked to shelter police investigators who are monitoring the double lives of a nearby couple who have befriended them and their adolescent daughter. The co-opted couple and the developing drama are chillingly and ominously portrayed through excellent performances by Rosalind Ayres, Martin Jarvis, and Julian Sands. The skillfully written plot lodges itself in the consciousness of the listener, creating the terrible pull between a treasured friendship and the possibility the couple are traitors to the United Kingdom. Introductory music with subtly dark overtones deepens the strained atmosphere, demanding that the listener pay close attention as the plot unfolds.

Actual events during the Cold War inspired this thriller that takes place in a suburb of London during the autumn and winter of 1960-1961. Loyalty, duty, and friendship collide when the Jacksons slowly discover the Krogers, their neighbors and cherished friends, are not what they appear. A gripping play that may leave you wondering exactly what it is those nice people next door are really up to.

I used this for initial research on the play Pack of Lies that I was directing this year. I was so mesmerized by the performances of the actors that I recommended it to many friends...and listened to it at least three times.

PLOT: The Canadian Couple across the street could be spies......

1960.....and the COLD WAR is still going strong .....a British family are best friends to the Canadian Couple across the way. When Scotland Yard asks for a room in their house to "keep eye on the neighbors..." .....This is a very good play. When the police ladies are in the UK family home on a daily basis to view the comings and goings. As time goes by the UK family are wanting this over and done with. Mr. Stewart is the head Scotland Yard man and tell them Canadian couple are in fact Russian Spies and have a secret radio and broad cast secrets to the KGB in Russia. This is a very good play and keeps you interested.