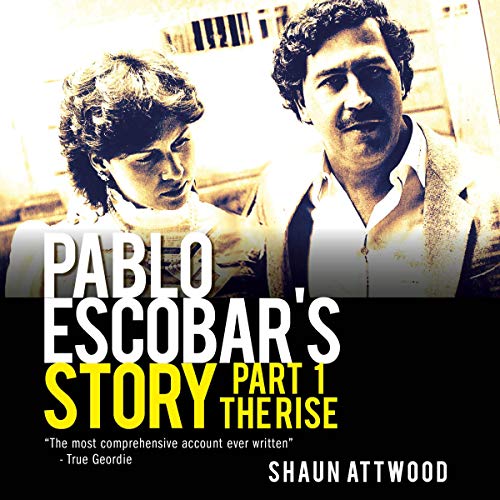 By: Shaun Attwood
Narrated by: Randal Schaffer
Try for £0.00

Pablo Escobar was a mama's boy who cherished his family and sang in the shower, yet he bombed a passenger plane and formed a death squad that used genital electrocution.

Most Escobar biographies only provide a few pieces of the puzzle, but this action-packed audiobook reveals everything about the king of cocaine.

Mostly translated from Spanish, Part 1 contains stories untold in the English-speaking world, including:

"Finally, the definitive book about Escobar, original and up-to-date" (UNILAD)

What listeners say about Pablo Escobar's Story, Part 1: The Rise