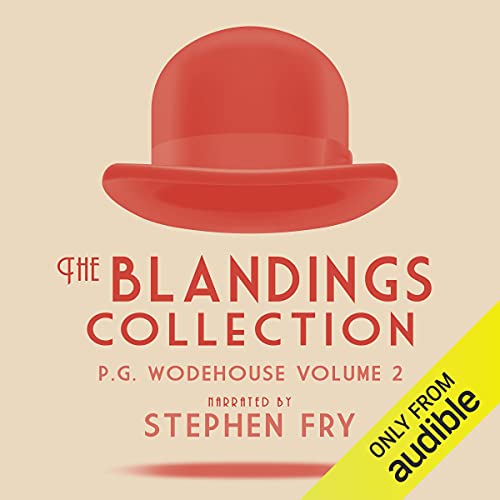 Audible Studios presents the second volume of the best-selling PG Wodehouse collection. In this volume, Stephen Fry lends his voice to the Blandings stories. This collection contains:

Lord Emsworth and others

Uncle Fred in the Spring Time

Stephen Fry is an English actor, screenwriter, author, playwright, journalist, poet, comedian, television presenter, film director and all-round national treasure. Whilst at university, Fry became involved with the Cambridge Footlights, where he met his long-time collaborator and friend Hugh Laurie. As half of the comic double act Fry and Laurie, he co-wrote and co-starred in A Bit of Fry & Laurie and Jeeves and Wooster. Fry’s acting roles include Blackadder, Kingdom, Bones, V for Vendetta, Sherlock Holmes: A Game of Shadows and The Hobbit trilogy. He has written and presented several documentary series and as a proudly out gay man, the award-winning Out There, documenting the lives of lesbian, bisexual gay and transgender people around the world is part of his 30-year advocacy of the rights of the LGBT community. Fry has written four novels: The Liar, The Hippopotamus (made in to a feature film in 2018), Making History and The Stars’ Tennis Balls. Translated into many languages, they have never been out of print. The most recently published works are Mythos, Heroes and Troy, a trilogy retelling the Greeks myths from the Creation to the aftermath of the Trojan War.