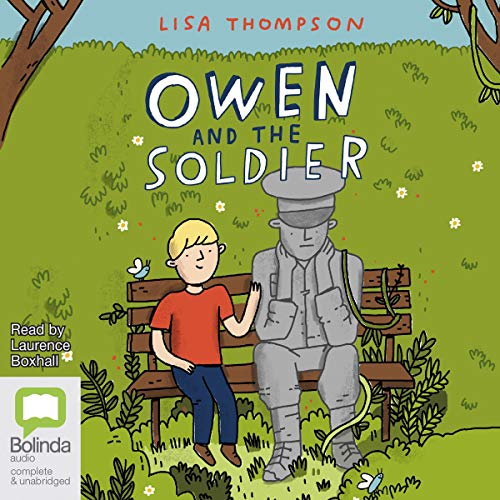 Owen and the Soldier

By: Lisa Thompson
Narrated by: Laurence Boxhall
Try for £0.00

A crumbling stone soldier sits on a bench in the park. Only Owen understands how important he is.

Owen and his mum are struggling. It’s just the two of them now, and they’re finding it difficult to ask for the help they need. When Owen discovers a battered old war memorial in the local park, he finds great comfort in confessing his worries to the war-weary stone soldier. No matter what Owen says, the soldier just sits and listens, and most days that’s all Owen needs. So when the council makes plans to modernise the park and get rid of the soldier, Owen is devastated and decides to put up a fight. If he can just show everyone how important the soldier is, maybe this time Owen won’t be left to cope on his own.

"For my money, Lisa Thompson is one of the greatest treasures we have in contemporary children’s fiction. She effortlessly blends sentiment with skill, creating stories that excite the mind while tugging the heart. A rare, brilliant talent." (Maz Evans)

What listeners say about Owen and the Soldier