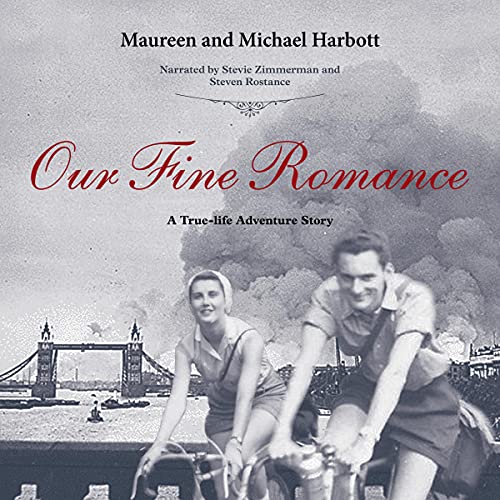 Our Fine Romance is the true story of two young people who grew up separately during the London Blitz of 1940, and were both evacuated into the English countryside. Following their unusual meeting, courtship, and marriage, they emigrated to "Apartheid" South Africa. Three years and two children later, for financial reasons, they made the risky decision to move to Northern Rhodesia (now Zambia), close to the war-ravaged Republic of Congo.

During their life there in the 1960s, the "Wind of Change" was sweeping through the Colonial African States. Many British territories became independent during this time and, after another child and 10 years in Africa, they decided to start a new life on the West Coast of Canada. With the addition of a fourth child and successful careers in their adopted country, Maureen and Michael are both now retired and living in Vancouver, Canada, but a turn of events has led to their biggest challenge yet; a lengthy Alzheimer's journey!

What listeners say about Our Fine Romance