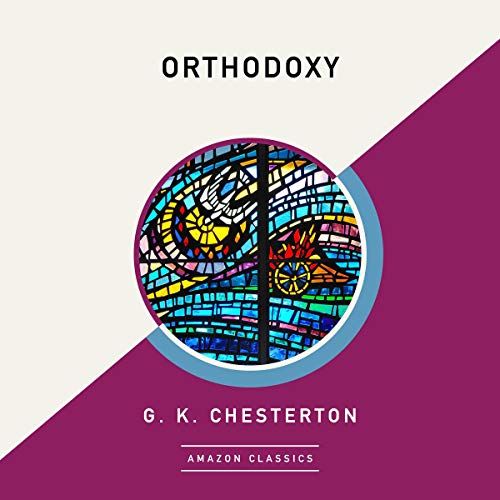 After the success of Heretics, G. K. Chesterton was challenged and compelled to share the story of his pilgrimage to faith. The result is this bracing, watershed religious autobiography in which he follows the doctrines determined in the Apostle’s Creed to deliver a personal, yet universal, defense of Christianity. Ultimately, the literary giant answers the question - not of whether divinity can be believed - but rather, how he himself came to believe it.

One of the twentieth century’s most influential works, Chesterton’s dynamic and oftentimes sharply witty testimony remains a masterpiece of Christian apologetics.

I recommend reading this a couple of times, in order to grasp it. You must have quiet in your surroundings. You must not be disturbed. There are a lot of valuable gems in this book. Definitely for deep thinkers.

I found the text more interesting and more relevant than I had expected. However the recording is marred by the very noticeable inclusion of the narrator's inhalations. The narrator needs either a better recording set-up so that his inhalations are not caught by the microphone or someone willing to take out those breaths in post-production, as he otherwise did a good job. But for this flaw, I'd have readily given this an additional star.

very dry reading. had to pull over for a power nap. do not read at night

Orthodoxy is my favourite book. I've read it 4 times and listened to it now once. It is extremely interesting, no matter what you believe. An atheist would find it just as interesting as a Christian.
The narrator is also decent. He reads it like I expected Chesterton to have thought it.

I enjoyed the straight forward humor of Chesterston. The book is well read & entertaining.