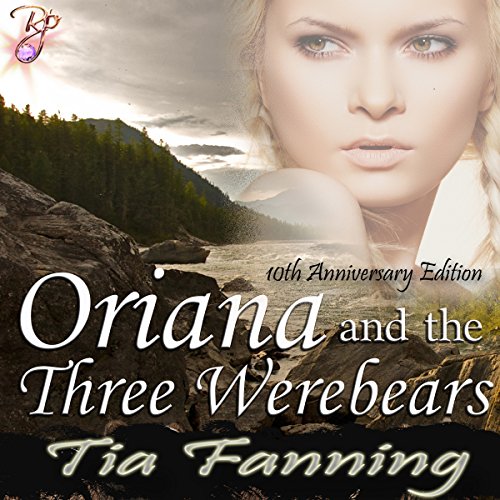 Oriana and the Three Werebears

Oriana Ricci has taken over the family business - flying cargo and rich tourists around the barely inhabited Kodiak Archipelago. When her plane malfunctions and she's forced to make an emergency landing, she finds herself stranded in the middle of a National Wildlife Refuge. With no civilization for miles and no hope of rescue, she thinks all is lost...until she stumbles upon the entrance to an underground bunker.

Jack, Jordan, and Jonathan McMathan own and operate a secret security firm contracted by the US government. Hidden away in an old Cold War spy station located the middle of the Kodiak National Wildlife Refuge, the brothers are not only able to do their top secret jobs safely without fear of discovery, but are better to protect their other, more personal secret: They have the ability to shift into Kodiak bears.

Like a fairy tale gone bad, the brothers return home to find their lunch tasted - or eaten - and their computer chairs adjusted - or broken - and a beautiful blond sleeping in one of their beds. This situation poses a big problem for the brothers. Their location is now compromised, but more importantly, what are they to do with the lady?

What listeners say about Oriana and the Three Werebears

This was a very hot and steamy story, I really enjoyed it and the narration was very good.

when I tell you this book had my attention from beginning to the end . great job

This was a thoroughly enjoyable read.

I actually laughed at Jordan's naivete and John's attempts at helping him with getting a clue... 😆

This was a cute story. I had actually found myself laughing in quite a few spots. I will check out more books by this author.