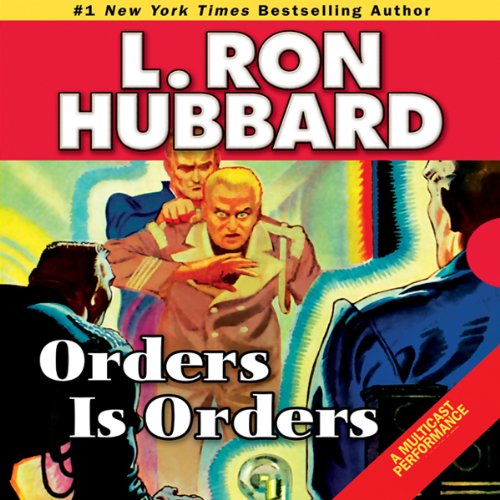 The Chinese city of Shunkien is under siege, the Japanese military laying it to waste. In the middle of the city sits the American consulate, a fragile sanctuary packed with refugees, threatened not only by artillery, but by the ravages of starvation and cholera.

200 miles away, on the USS Miami, stands their only hope - Marine Gunnery Sergeant James Mitchell. As tough as Tom Hanks in Saving Private Ryan - and just as stubborn - if anybody can negotiate a crucial supply of gold and medicine through 200 miles of bullets, bombs and butchery, it’s Sergeant Mitchell.

But the Japanese are the least of his problems. First there’s Goldy Brown, the American fan-dancer who’s hitched along for the ride - a girl as unpredictable as her skirt is tight. And then there’s the greatest enemy of all: alcohol. Mitchell has a weakness for the bottle, and if he falls into one, it’s America that will pay the price.

Gunshots, dive bombers, and seductive fan dancers are all here, as the audio version of Orders Is Orders takes you to the heart of war.

“Demonstrating his unique ability to relate even to the most complicated story with a keen eye for detail and realism, Hubbard’s stunning writing ability and creative imagination set him apart as one of the greatest literary figures of the 20th century.” —Publishers Weekly

"A master of adventure." (Anne McCaffrey)

What listeners say about Orders Is Orders