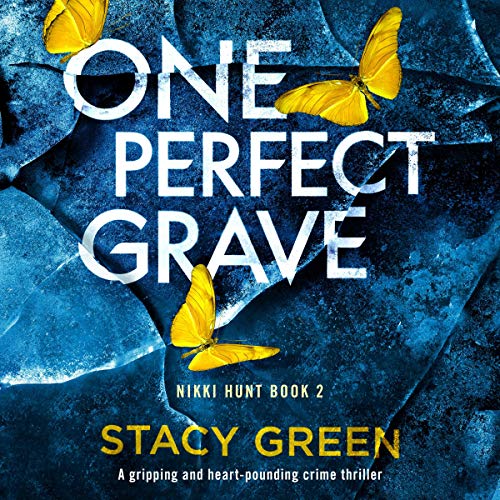 By: Stacy Green
Narrated by: Kate Handford
Try for £0.00

She didn’t see the patch of black ice until it was too late. The car started to spin, and as it veered off into the deep ditch and the mounds of snow beside the road, she saw him. The little boy frozen in the ice.

When the remains of two bodies are found in an open grave along a desolate highway in Stillwater, Minnesota, Special Agent Nikki Hunt knows exactly who they are. The bright blue jacket lying on the frozen earth belongs to Kellan Rhodes, the missing boy she’s desperately been trying to find for the last two days. The other body is his mother Dana, who had been Nikki’s lead suspect.

Although the wounds on Dana’s body suggest she murdered her son and took her own life, Nikki finds evidence that suggests she was a victim too. Dana was desperately trying to regain custody of Kellan, and Nikki finds boot prints at the scene that belong to someone else.

When another child is reported missing, local journalist Caitlin Newport claims the cases are linked: Zach Reeves was taken away from his own mother in a custody battle, just like Kellan was.

Caitlin once helped Nikki find out the truth about her own parents’ murders, but her desire for a story nearly cost Nikki her life. Now, Nikki must decide if she can trust Caitlin again, before time runs out to find the killer and bring Zach home alive....

A thriller that will make your heart pound until its final, shocking conclusion. Perfect for fans of Robert Dugoni, Karin Slaughter, and Lisa Gardner.

"This is the thriller that I didn’t know I was waiting for and needed in my life until I picked it up. SO GOOD. I’m still reeling and trying to catch my breath from this highly suspenseful and emotionally charged story.... I need more ASAP." (Reading in Autumn)

"Addictive. I read this in one sitting. It's unputdownable.... Filled with intrigue and deceit, The Girls in the Snow is guaranteed to keep you up all night." (Lisa Regan)

What listeners say about One Perfect Grave

Took a while to get into the story, but after a few chapters I got invested. Good whodunnit that kept me guessing and interested. Well done

I figured out this killer at the beginning of this story. As with the first book, we’re told how great Nikki and her team are but she makes stupid mistakes that take away from that description. So far each of these books have been half personal drama for Nikki and half the murder mystery. For my personal tastes, I prefer way less personal drama In this type of book.

Stacy Green has certainly created a great new crime series with FBI Agent heroine Nikki Hunt. Nikki is complex, imperfect, believable and addictive. The narrator, Kate Handford, of books 1 and 2 is fantastic. I hope that she will continue with the series in book 3.

super reading and kept me interested. couldn't put it down. would recommend it to everyone

A little tired of FBI protGinist being hit and concussed at the climax of each story. pushes credibility.

I’m liking this series. Can’t wait for more. However— I’m begging whomever is in charge of the audiobook to find another narrator. Kate Handford simply cannot perform a masculine voice. I got so confused at the Miller character— I thought he was a girl. Ugh.

First, I must say the editing was much better than the first Nikki Hunt story.
I found myself mildly obsessed with this story. I ordered it on Audible so I could listen while driving and on Kindle to read on my free time.
The Narrator does a fantastic job of portraying the characters.
The story had several unexpected twists and kept me captivated.
I've already bought the Kindle version of Lost Angels, the third book, but I'm disappointed that there is not an Audible version. I intend to start book three right now.

Love this series and while I know there is another book on the way, I am hoping there are many more. I love the strong, smart, caring character of Nikki Hunt. Yes she has issues but show me a person who doesn’t, even with these she does her job as an FBI agent. This book has some twists and turns that will keep you interested and guessing. Through this series I have come to appreciate how cold Minnesota must be in the winter. This book is definitely worth a listen.

Murder, Mystery, Romance this book has action too. Really joy this series and how to be reading / listening to more. To the author don’t keep us waiting too long

Easy Listen! The second book in series & looking forward to the next book drop