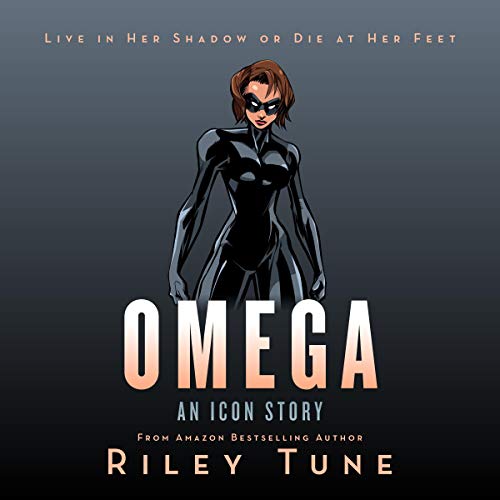 The decision was made.

Hunter Monroe is now the Icon known as Paragon.

The man called Infinity - nearly unstoppable, the most powerful, and fuel by rage - is dead.

The victory claimed in the wake of his death came at a price. Now a year later, the Imperial Lords are no more, and Hunter finds himself as an intern to a powerful Icon he once called an enemy.

When Hunter and his team receive a message alerting them that Impervious - their invincible leader - has gone missing in his attempts to help another world, the young Icons take action.

Now, Mo’eizus - the virus-plagued home world of Hunter’s heritage - becomes their new destination as they join forces with the rebel group known as Bravado. Old friends, rejected recruits, and powerful new allies work together as a rescue mission is planned against an enemy that is worshiped as divinity.

As they dive deeper into Impervious’ disappearance, secrets are revealed, teams are split, bonds are tested, and old foes emerge as Paragon - and his team - face a foe that even their strongest member couldn’t defeat.

Good but very different from the 1st book

This was very entertaining but not quite what I wanted from a sequel to this series. The first book was a refreshing superhero story with young heroes dealing with moral issues in a urban setting. This book was more of a fantasy story. The hero abilities changed from feeling like hero powers to magic skills and it was set on a magically world instead of a urban setting.

There was more focus on the female heroes this book which I enjoyed but didn't like the female narrator's choice of voice for Paragon's girlfriend (a bit to jarring). The rest of the female voices were okay and the main narrator was great.

I enjoyed some of the character development from the first book especially with Paragon and his interactions with other team members.

I will read the synopsis of the next book for starting to see if peaks my interest.

Impressively expands the scope of the series

This book can be read as a standalone, but you will definitely appreciate it more if you have already read the first book in the series as you will already have the connection with the characters and I'd recommend that people don't skip the first book.

With the events of the first book having a fairly dramatic impact on the main cast, the author could have taken a lower key approach to this follow-up, but he opts not to do that, throwing much of the cast into a civil war on an alien planet with the net result of the team seeing even more dramatic changes by the end of this instalment.

The narrator's tone helped to enhance the book overall and his range for the wide cast was also suitably distinctive.

Overall, a strong follow-up, it will be interesting to see where the author takes this team in subsequent books.