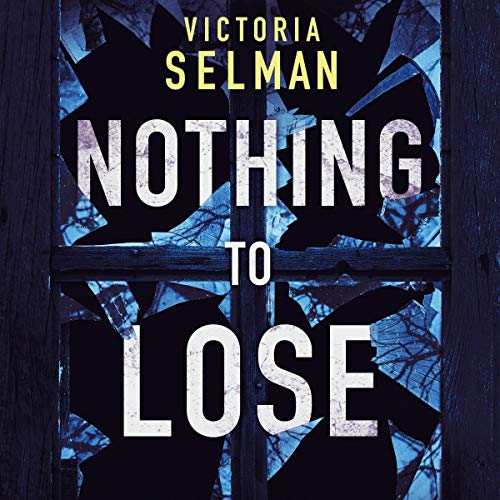 By: Victoria Selman
Narrated by: Karen Cass
Try for £0.00

He’s looking for his next victim. She looks just like his last.

Primrose Hill, London. Criminal profiler Ziba MacKenzie arrives at the scene of a gruesome murder with a disturbing sense of déjà vu. Nine days earlier, another woman’s body was found: same location, same MO, same physical appearance. For the police, it’s clear a new serial killer is on the loose. But for Ziba, it’s even more sinister - because the victims look just like her.

Ziba has been the focus of a killer’s interest before and knows that if she gets too close again this case could be her last. Still, she’s not one to play by the rules - especially when her secret investigation into her husband’s murder begins to attract unwanted attention.

With someone watching her every step, can Ziba uncover what connects the two victims before she becomes one herself?

What listeners say about Nothing to Lose

Good story.
Zeba is a good strong character, but the narrators voice for Zeba was rather monotonous!

A series to watch.

I enjoyed this much more than I did the first one. It does start a little slow and I toyed with moving on, but it soon picked up and follows two different storylines. Epiphanies seem to come to the main character a little too easy and always at just the last minute, but that is my only quibble. There is quite a bit more "UK Speak" in this book than in most English novels I've listened to and I do believe I learned some new terms. I find it interesting how so much of their terminology is different even though we both speak the same language. I like the characters and I'm looking forward to the next book.

A good strong murder case with lots more thrown in. Ziba is still missing Duncan, her husband murdered 2 years ago, and suspects a hit from someone he worked with at Scotland Yard. Ziba is conflicted because she has been asked to join the murder team looking for a serial killer who is killing young women who look just like her although that is not the reason she was asked to join. She is a profiler with a special ops background. She is tough and smart but has a tendency to go it alone—not a good trait or a team player. While looking for the serial killer, she comes across a clue to Duncan’s death and she wants to pursue it as well. Duncan’s best bud, Jack Wolfe, wants to help but she even shuts him out. She is just afraid to feel again after Duncan’s death. This book isn’t quite as good as Book 1 but it deserves 5 stars because Ziba is just that kind of protagonist, she is fearless but knows the risks. Can’t wait for Book 3 because I see a romance in her future. I listened to most of the book in audible and narrator, Karen Cass, is terrific. Audible always makes the characters more real to me.

Loved this book! Brilliant plot with lots of twists and turns that kept me glued to my earphones from start to finish! Ziba is a criminal profiler with a sad past, catching serial killers!! This series is just getting better with every book. Fantastic narration done by Karen Cass👌

Zeba is pretty dense for someone supposedly smart

Ughh. This book should be good but it’s obvious and it takes the main character ages to figure out simple things. Slow and generally boring when it should be great.

Good sequel; but left too much hanging!

I enjoyed the book, but had trouble keeping up with who they were talking about in some chapters! I kept having to back up and start some chapters over to see who was talking or about whom!. Lots of characters to keep up with and I didn’t feel the background or outcome was explained completely! If there’s another sequel, I’ll give it a try, but I’ll hope for a little more pizazz in the next! And maybe Ziba will get over trying to solve everything by herself!!!

Have enjoyed this series with main character Ziba Mackenzie. Feel as though the foundation of her character development has been set. Don’t know if I would continue to enjoy future books with this protagonist if there is a continuation of her arrogance and judgements about supporting characters. There was continual mention of how people looked or behaved and how they would not be someone she would socialize with. The only acceptable people in her world is herself, her dead husband, and her husbands best friend. A little more than off putting after awhile. While it is great to have a strong female character it doesn’t have to come with always mentioning the reasons she is better, smarter, or above others.

Ziba Mac on the move

A good listen. Not a classic but enjoyable none the less. Liking British women pursuing justice.

it was boring during the recitations on what serial killers do. the twist at the end was stupid and why she always goes it alone was unbelievable.

I liked both books all the way through. I am looking forward to book 3.

I truly enjoyed this book as well as the first book "Blood For Blood". The story is good, it grabs you! Ms. Cass's narration is excellent as well. Ziba Mackenzie is an interesting character, quite a capable female. I hope Ms. Selman continues writing many more stories with Ziba as the central character.