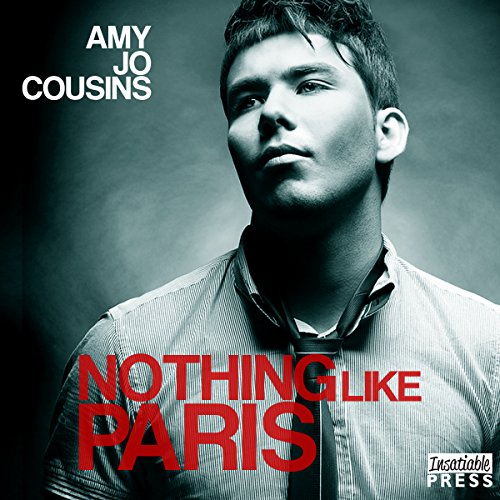 By: Amy Jo Cousins
Narrated by: Cooper North
Try for £0.00

Jack Tarkington's life is in the toilet. He was supposed to be spending his junior year studying someplace cool, like Paris or Rome. Instead, after taking out his anger on the campus golden boy, whose dad ripped off his parents, Jack is facing possible expulsion.

Sure, it's all his own fault, but coming back to the small Iowa town he thought he'd escaped, after crowing about his admission to a prestigious school, has been a humbling experience.

When he runs into Miguel, Jack braces for backlash over the way he lorded it over his old friend and flame. Instead Miguel offers him friendship - and a job at his growing farm-to-table store and café.

Against the odds both guys bond over broken dreams and find common ground in music. But when Jack's college gives him a second chance, he's torn between achieving a dream that will take him far from home and a love that strikes a chord he'll never find anywhere else.

Warning: This book contains a humbled guy who's on the brink of losing it all, a determined entrepreneur who seems to have it all together, apologies issued through banjo-picking duets, and two lovers who can play each other's bodies like virtuosos.

I REALLY (5star) liked the first book of this series (Off Campus) and was eagerly looking forward to hearing another book by Amy Jo Cousins. Unfortunately Nothing like Paris doesn't live up to the quality of the 1st book.

The main character Jack, the "nemesis" from book 1, is written in such a way that you don't feel any real interest/sympathy/liking for him until 3/4 of the book is over. His ex Mike is likable enough, but the familiarity of the two & chemistry between them falls flat. And not that it ultimately matters, but who thought that cover was a good idea?!

In Off Campus, All the characters, even Jack, had more depth & chemistry. The reader wants to stay w/ the story even when they characters are doing something stupid. w/ Nothing like Paris, I kept waiting for the story to really get started until finally I was waiting for it to end.

Because Off Campus is excellent, I will hope Nothing like Paris was just a fluke & try more of the Bend or Break series when its available, but even Cooper North's strong narration didn't save this installment for me.

The first book in the series, Off Campus, is one of my favorite books in the gay male romance genre. That is no small accomplishment since I think that most female writers in this category do a terrible job of representing what goes on inside the mind of a gay man and their depiction of sex is even worse. Trust me on that.

In this case, my hopes were unfulfilled.

I know that complications drive narrative. One of the most common complications in the genre is the silent brooding gayboy. Believe me when I tell you that very few gay boys are silent and brooding when they are alone with the object of their emotions, particularly if there is an already established history.

Other reviewers mentioned how they were hesitant to begin this book because of their previous dislike of the character Jack. I did not have that issue, and in fact, I was intrigued by some of the backstory and development that Ms. Cousins gave to the character. It's just that at some point it seems like the effort stopped and Jack began acting like a stock character. When an author has a central character do things that defy ordinary, common sense just to continue the narrative, it's time to look elsewhere.

So, I am returning this book because at some point I just stopped caring. The cardboard cutout complications and the unspeakably horrific depictions how gay men behave in their most intimate moments brought me to the realization that I would never replay this book.

Not what I was expecting, in a good way.

Solid story about amends. The romance, to me, was secondary. If you’re not in a “program” the point of the story may not be as impactful. But as a “program” participant, I connected with Jack. To heal we have to go to “any length.”

I appreciate the message and the hope it gives.