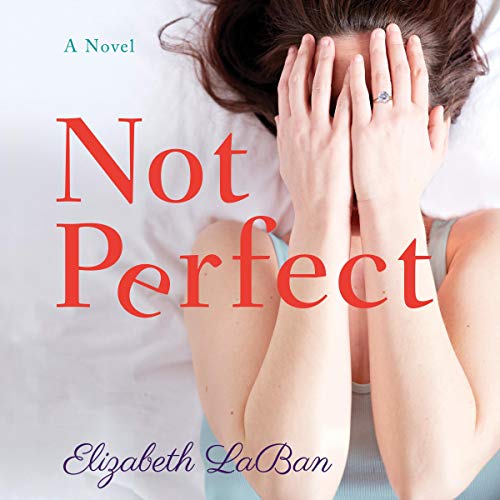 By: Elizabeth LaBan
Narrated by: Amy McFadden
Try for £0.00

From Elizabeth LaBan, the acclaimed author of The Restaurant Critic's Wife, comes a captivating and very funny novel about a wife and mother's fall from grace, and why keeping up appearances is not her biggest secret.

Tabitha Brewer wakes up one morning to find her husband gone, leaving her no way to support herself and their two children, never mind their upscale Philadelphia lifestyle. She'd confess her situation to her friends - if it wasn't for those dreadful words of warning in his goodbye note: "I'll tell them what you did."

Instead, she does her best to keep up appearances, even as months pass and she can barely put food on the table - much less replace a light bulb. While she looks for a job, she lives in fear that someone will see her stuffing toilet paper into her handbag or pinching basil from a neighbor's window box.

Soon, blindsided by catastrophe, surprised by romance, and stunned by the kindness of a stranger, Tabitha realizes she can't keep her secrets forever. Sooner or later, someone is bound to figure out that her life is far from perfect.

What listeners say about Not Perfect

Really looking forward to this book. However, the voice was so annoying I gave up on it. Waste of a credit!

Has Not Perfect put you off other books in this genre?

No but will check narrator next time

couldn't concentrate on the story because found the narrators voice distracting

For the most part, the narration was good. The narrator has an obnoxious habit of lilting upwards ever so slightly on the last word of every sentence. But you get used to it. Kind of.

It's not steamy (which I appreciated), so no worries if you prefer to avoid sex scenes. But even in the scenes meant to be between the MC and the new love interest, the underlying focus was on the crappy (ex)husband. I wanted a bit more of THEM without the constant shadow of the ex.

That said, I still enjoyed this. Never felt like a waste of time. I cared enough to rewind if at times I felt like I didn't quite listen well enough. solid 4 stars.

I absolutely loved this book!

It was mysterious, exciting, heart-wrenching at times, and heartwarming as well. I earned a couple of marathon badges from Audible because I just couldn't stop listening. It's one that you're almost sad when it's over. I highly recommend.

This book is really bad on so many levels.

The main character, Tabitha, is totally impotent in taking control of her life in the face of adversity. She'd rather be a victim than take control of any circumstance and, for this reason, she made me angry - throughout. I have to wonder if the author is trying to make a statement - and, if so, what is it? Possibly she's saying that typical non-working, semi-privileged mothers have no productive coping or survival skills?

We learn from the beginning that Tabitha is just one of those sorry victims of life. She just lets life happen to her after her husband walks out on her and her kids. She drifts from one meal to the next (literally). Worst, she lets her kids down in about a dozen ways.

Further, the author presents the two children (ages 9 and 13) in a really poor light (this one is hard to explain). Even the kids' names are odd. Tabitha constantly uses babyish nicknames - like "Fernie Bernie" and "Monkey" - for them, and you have to wonder: who does this?

The motivation of the husband/father who walks out is thin and unrealistic. And so it goes.

As for the narrator, Amy McFadden, she is one of my favorites. But she was either totally wrong for this book - or she was so great that she skillfully conveyed the uselessness of the main character. In any event, she was totally annoying.

So I do wonder: why did I finish this book that left me with such an overwhelmingly negative feeling? If you read it, maybe you can answer this question in your comments. I'll watch.

Not a huge fan .. this book was extremely slow and took forever to get to the point

the most I remember about this book is food

Took a while to get thru

Was a bit slow moving at the beginning but it got better. I am glad about the pleasant ending though.

This book held my attention and did not want to stop listening to it. Made me think of my own personal life and struggles.

I recommend this book to fiction fans who love books about family and friends. I found this book engaging and was sad when it was over.