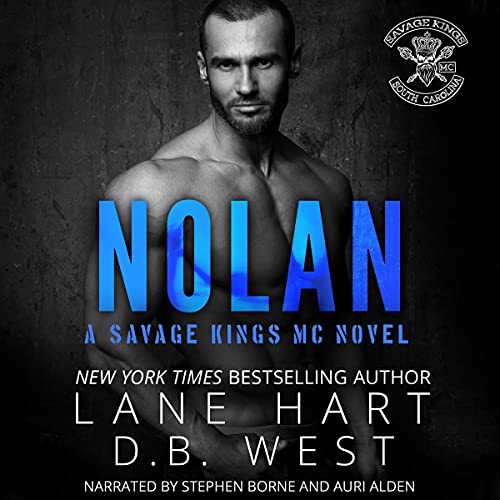 Nolan Bishop has felt like an outsider in the Savage Kings MC, ever since he gave up the nomad lifestyle to try and put down some roots. He’s a convicted felon, searching for his place in the world without screwing up his probation.

The last thing Nolan needs is a giant oaf from a rival biker gang showing up at the MC’s clubhouse, threatening to kill Nolan if he doesn’t give his estranged wife, Rita, a divorce.

The funny thing is, Nolan is certain that he has never been married.

The name Rita does, unfortunately, ring a bell - she’s the reason he went to prison.

If Rita is lying about them being married, then she must be in serious trouble. Nolan just has to decide how much trouble the woman is worth.

Unlike before, now he knows that even the smallest mistake could not only send him back to prison, but also endanger the lives of all the Savage Kings.

What listeners say about Nolan