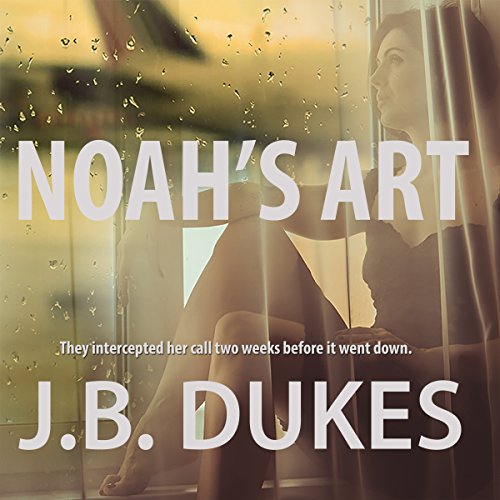 According to ancient prophetic books followed by over half the world's population, the greatest threat to mankind is not global warming...it's the Day of Reckoning. How extreme believers of different persuasions respond is need-to-know intelligence in the new security landscape.

Cassy Kim is being set up as a new kind of espionage device: brilliant analyst, emotionally compromised by the artful leader of a mystical Muslim sect obsessed with divine judgment. But while her background makes her a perfect post-modern spy, her handlers have underestimated her ability to pursue her own agenda. She needs redemption from her own unknown past.

What Cassy Kim discovers in Noah's Art will get you talking.

Listen to the first controversial novel in the Noah Brotherhood Trilogy: a trilogy about a shadowy Sufi sect tracked for over half a century and known only for the Jekyll-and-Hyde traces of virtue and violence that it leaves; that and its obsession with the first great judgment - Noah's flood - and the second great judgment to come.

What listeners say about Noah's Art

I had a hard time understandimg the plot- there were connections and logic that only a narrator explained but could not be gleaned from the story. Also, the narration is monotonous- frankly the worst I had so far in audible...the "cover" promised much more than the book delivered