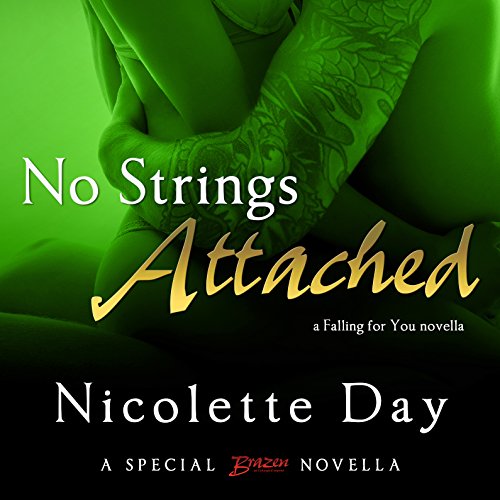 By: Nicolette Day
Narrated by: Katie McAble
Try for £0.00

She wants one night. He wants her forever.

Hayden Summers just landed the job of a lifetime taking pictures for Time magazine, but she's determined to leave with no regrets. The first thing on her list? Erase the memory of her cheating ex with a wild night of anonymous sex. The second? Figure out why her best friend, sexy bar owner Jace Jennings, stopped speaking to her the night she told him about the job.

Jace has a problem. Hayden isn't just leaving the country, she's risking her life - just when he's realized he's in love with her. When fate traps them in the storage room of his bar together, barely contained desire simmers to surface. In one last attempt to keep her, Jace offers Hayden the one thing she wants: a night of hot sex, no strings attached. But when the night is over, will Jace be able to let her go? And will Hayden leave with her heart intact?

What listeners say about No Strings Attached