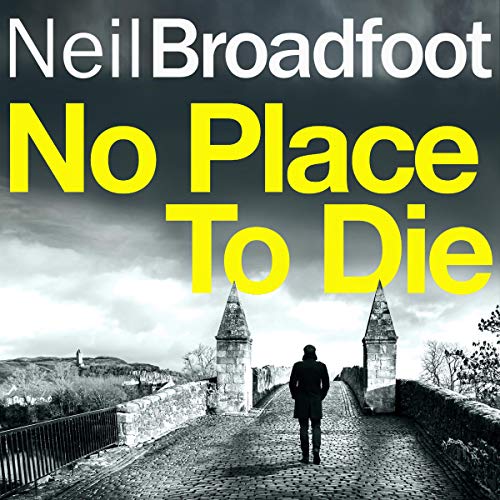 No Place to Die

By: Neil Broadfoot
Narrated by: Angus King
Try for £0.00

Once a controversial venture capitalist, Charlston reinvented himself as a personal and business development guru after surviving an attempt to take his own life when a business deal went disastrously wrong. So when he decides to host a weekend retreat on the outskirts of Stirling for more than 300 people, Connor Fraser is drafted in to cover the security for a man who is at once idolised as a saviour and hated as a ruthless asset stripper.

For Connor, it's an unwelcome assignment. He's never had much time for salvation by soundbite, and Charlston's notoriety is attracting the attention of reporter Donna Blake, who's asking more questions than Connor has answers for.

But when an old colleague of Donna's is found brutally bludgeoned to death and the start of Charleston's weekend of salvation becomes a literal trial by fire, Connor must race to unmask a killer whose savagery is only matched by their cunning.

What listeners say about No Place to Die

I've really enjoyed listening to the novels by Neil Broadfoot...and of course performed by the best! I won't say more other than...you won't be disappointed.

Overcomplicated and about 3 hours longer than necessary.
Phrases and information repeated many times, to the point of becoming annoying. Even then, I'm not absolutely certain who was who.
Angus King (narrating) is the only reason I stayed to the end.

too bad this author is so absorbed in viscera to realize character development could work for him.

A decent enough book but I never really got into it. The best part was Angus King’s brilliant narration.

OK, so first let me say that I really do enjoy these books and the story and the characters. I did actually purchase the second one because I wanted to see more of what happened with the characters from the first one. So the writer and the narrator obviously have done something right… The gracious it was so frustrating! Who knows if this is a spoiler alert so I guess just read on at your own discretion……

#1- The narrator. Shame, he does have such a sweet little voice and is probably a very nice guy. But every time there is a character who is over the age of 30, he sounds like a little boy jokingly imitating his dad. It’s almost comical and a bit annoying. I’m not a professional narrator so I probably couldn’t do better! But I’ve heard many narrators throughout the hundreds of books I’ve listened to on this app and a lot of them manage to find creative ways to portray different characters without The unrealistic deep voice that sounds like an eight year old imitating a 70 year old.

#2- overly repetitive themes… OK so how many times in one novel can so many different characters have so many different moments where something is “nagging at the back of their mind“!? It was almost to the point that it was a drinking game which would cause us to be drunk by the end of each chapter. Every character at least 42 times in each chapter had some thing tickling the back of their mind or nagging at the back of their mind …. I mean for goodness sake at some point just figure the crap out and have a thought that you’re actually aware of?! It was pretty bad in the last book but just got out of control in this one… Maybe they all need Adderall? Or the author needs to find a different way to have them figure stuff out…. It wasn’t just this one particular phrase/team but this was the one that stood out the most. It was like the author found one cool way to word a situation or portray an idea and then just hammered it into the ground until they couldn’t possibly use it anymore.

Like I said, I do enjoy the books and I always hesitate to give anyone a low rating because of how quickly one low review can change the average. I just sincerely hope that if I bought another one from this author or this narrator that they would step up their game a little. They’ve done a great job with the characters and I’d like to listen to more but I almost had to quit with this one because it was the same stuff over and over and over and over and……