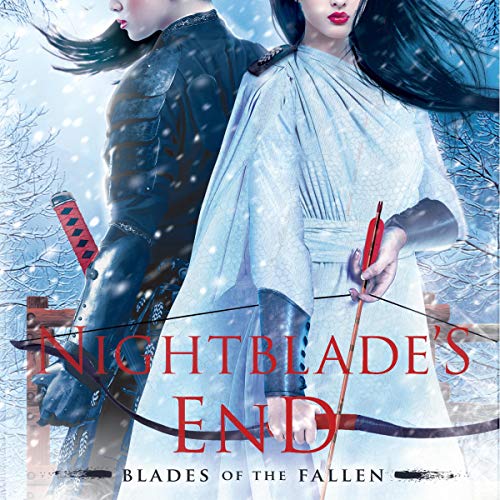 By: Ryan Kirk
Narrated by: Emily Woo Zeller
Try for £0.00

The Kingdom is at war, and the blades face extinction.

Exhausted and dispirited, Asa wants only to put the conflicts of the past behind her. But with her home burned to the ground and her people hunted in nearly every corner of the Kingdom, there is no escape. Unlike Koji, who has wholeheartedly pledged his sword to Lady Mari, Asa isn’t sure she believes in the future.

High in the mountains, Lady Mari fights against the currents of history. She plays a dangerous political game, trying to save not just her house lands, but the whole Kingdom. There are many, even within her house, that can’t wait to see her fall.

Assassinations, broken promises, and revenge have brought the Kingdom to the brink of destruction. As the armies gather for the final blow, the decisions of the remaining blades will shape the direction of the Kingdom for generations to come. Will they bring peace to the land or fracture it forever?

What listeners say about Nightblade's End

Everything one could wish for in a story . Third book in this trilogy and an excellent finish. A pleasure to read. Later Readers lol