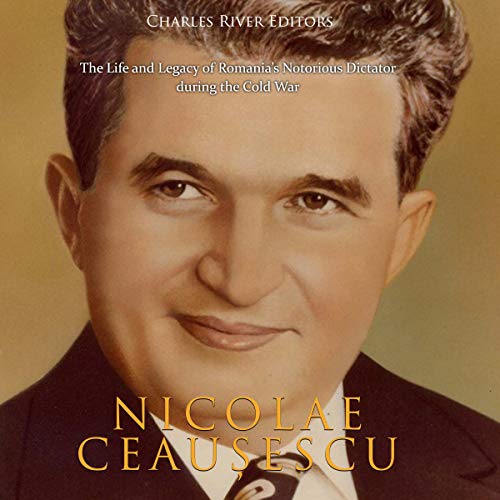 Nicolae Ceaușescu: The Life and Legacy of Romania’s Notorious Dictator During the Cold War

Nicolae Ceaușescu: The Life and Legacy of Romania’s Notorious Dictator During the Cold War

Nicolae Ceaușescu, one of the 20th century’s most notorious dictators, was both typical and unusual. Outwardly, he resembled a standard leader of a communist country in Eastern Europe during the Cold War, yet he was even more repressive and opulent than his contemporaries. In Romania itself, Ceaușescu led a life as an isolated outsider, notably less urbane than the Bucharest elite, and given that he was born in rural poverty to peasant parents, his rise was perhaps the unlikeliest of any of the communists of that generation.

As it turned out, circumstances presented themselves in a manner that led to his elevation, including the acquaintances he made whilst serving time in prison in the 1930s and 1940s, the rise of communism after World War II, and the Soviet occupation of a country that had previously banned the ideology. Ceaușescu was a compromise candidate when Romanian leader Gheorghe Gheorghiu-Dej died in 1965, and he initially appeared to be a liberal-minded, nationalist-orientated reformer. Ceaușescu did fit very easily into one stereotype, however, by proving that absolute power corrupts absolutely. From the early 1970s, he and his wife Elena constructed the most grotesquely personalized cult of dictatorship in the region, and while operating at the pinnacle of a highly corrupt pyramid, the couple bled their country dry with a succession of incompetent and warped policies.

By the end of the 1980s, communism was collapsing across Central Europe and Eastern Europe, but whereas the popular unrest that toppled the authoritarian regimes in other countries triggered a peaceful transition of power, in Romania, the anger and frustration was so acute that the Ceaușescus were captured, tried, and executed within the space of a few tumultuous days in December 1989. True to form, he made wild statements in his defense, insisting during the trials, “It is a lie that I made the people starve. A lie, a lie in my face. This shows how little patriotism there is, how many treasonable offenses were committed.... At no point was there such an upswing, so much construction, so much consolidation in the Romanian provinces. I guaranteed that every village has its schools, hospitals and doctors. I have done everything to create a decent and rich life for the people in the country, like in no other country in the world.”

Ultimately, by the end of his life, Ceaușescu had already left his mark as one of the 20th century’s most infamous despots. Nicolae Ceaușescu: The Life and Legacy of Romania’s Notorious Dictator During the Cold War examines the rise and reign of the Romanian leader.

I thoroughly enjoyed the content of this listen (if it can be called enjoyed as it is very informative as opposed to entertaining). However, the reader is drab! thankfully it is only short so if you want a well-rounded introduction, look no further