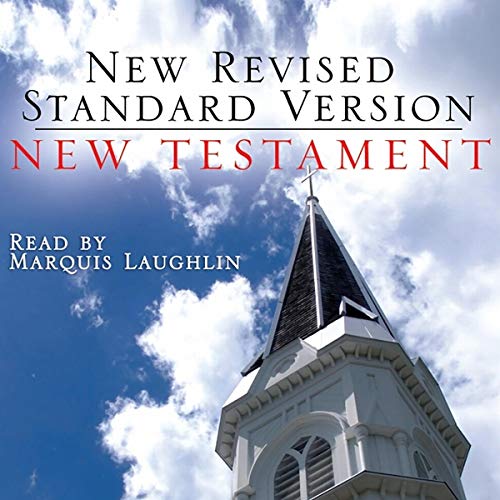 By: Oasis Audio
Narrated by: Various

The NRSV has received the widest acclaim and broadest support from academics and church leaders of any modern English translation.

Rooted in the past, but right for today, the NRSV continues the tradition of William Tyndale, the King James Version, the American Standard Version, and the Revised Standard Version. Equally important, it sets a new standard for the 21st century. The NRSV stands out among the many translations because it is "as literal as possible" in adhering to the ancient texts and only "as free as necessary" to make the meaning clear in graceful, understandable English. It draws on newly available sources that increase our understanding of many previously obscure biblical passages. These sources include new-found manuscripts, the Dead Sea Scrolls, other texts, inscriptions, and archaeological finds from the ancient Near East, and new understandings of Greek and Hebrew grammar.

©1989 National Council of the Churches of Christ in the United States of America. Used by permission. (P)2006 Oasis Audio LLC

What listeners say about New Testament

This recording of the NRSV New Testament is splendid. The narrator's voice is pleasant and you can easily listen to him for hours. He dramatises certain passages of speech but does it so well it enhances the readings. I read the Bible as I listen and the bible comes to life. I'd recommend the NRSV XL as the best 'hardcopy' because it's square and has a lovely print size.

Good recording even if the narrator is over acting and not let the scripture speak for themselves. my main criticism is the way this audiobook New Testament has been save by chapter numbers and not by Gospels names and divide. its so unpractical and not how the Bible and the New testament have been written. its not complicated to have save the audio book as it .need to be correct for the future.

This is great! The Best Book in the world read beautifully!

So wonderful to hear The New Covenant of Our Lord Jesus Christ read out in one's room!

I'm in Heaven as I listen!

I am a horrible atheist with no experience with the bible whatsoever. Bought this audiobook because it turns out that an understanding of the New Testament is pretty important for reading pretty much any book of Western Political Thought written in the past two thousand years.

The narration is great--very expressive, and really kept my interest. The translation is very clear and easy to understand. I bought this audiobook dreading the project I was embarking upon, but have come to really enjoy listening to the Bible while doing other projects. Definitely recommend this audiobook to anyone who's interested in learning more about this extremely influential document.

There are no chapter or verse markings..makes it hard to know chap. and verse you are listening to.
an excercise in frustration.

A struggle to listen too

Didn't expect there to be any dramatic reading in this book. It made for very difficult listening, especially with this narrator, who's speech would speed up too fast from time to time and left section endings hanging like there was more to come. Poor voice inflection often. Was also a challenge to navigate chapters and books as there is no index corelation.

Melodramatic, ridiculous accents, horrible pacing... name a bad narration habit and you'll find it here. A real shame since the NRSV seems to be really hard to find in audio format.

Difficult to navigate between books of the bible

I was very dissapointed to discover how difficult it is to navigate between chapters (listed numerically) and to identify the location of the books of the Bible.

Thought it was just me, but had a good friend, who’s a minister’s wife try to listen, and she couldn’t stand it either.

I love this modern translation, but the narration is beyond annoying. One ought not try to add something to the Bible; one ought to simply convey the narrative without interpretation or embellishment.

Very well read. It greatly helped me understand the New Team like I never have before. Truly enjoyed it!

I start my day listening to the books on the New Testament;it gives me the opportunity to reflect on what I hear. I enjoy my Quiet time with the narrator on my background. The narrators are not monotonous. Thanks again!I😇😇😇😇