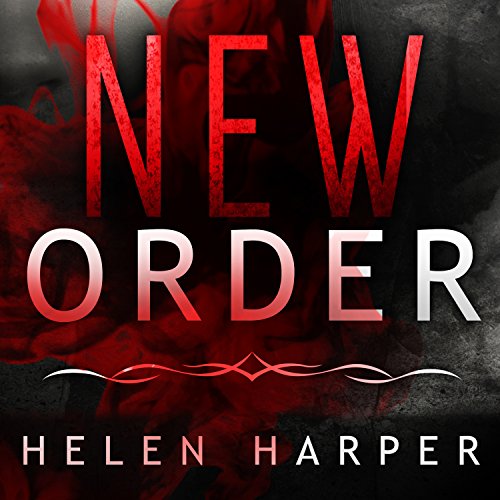 Bo Blackman is not adjusting to her new life as a fledgling vampire particularly well. Drinking blood sickens her and, despite her new enhanced physical skills and the attention she's receiving from Lord Montserrat, she's desperate to find a cure. When her illegal search takes her to the door of Fingertips and Frolics, a small family-run magic shop, she becomes embroiled in a dangerous game of tit-for-tat with murderous consequences. To complicate matters further, she's forced to also take on a case of apparent kidnapping. But with no ransom demand and a client she despises, it may be more of a struggle to solve than she realises.

Bo seeks a cure for her vampirism

“New Order”, the second book of the Bo Blackman series, is as fresh and as much fun to read as “Dire Straits” was.

Bo hates being a vampire. The idea of drinking blood revolts her. The fact that she was turned against her will makes her angry. The fact that there was a good reason for turning her just makes her angrier still. Despite being told, many times by many people, that there is no cure for vampirism, she sets off to find one and gets into a great deal of trouble during her search.

I love Bo’s anger, her impulsiveness and her (sometimes stupid) refusal to ask for help or take advice. Most of all, I like her refusal to accept that there is no way out of her situation. True, all of these things make her life more difficult than it needs to be, but they also make her more human. Bo’s humanity, or rather her refusal to abandon her humanity, is the driving force of this book. She may be a vampire but she’s determined to still be herself. Except, some parts of being a vampire (running across the rooftops of tall buildings, having super strength, healing really quickly) are really cool, and, much as she want to break free from the Monserrat vampire family that turned her, the leader of the family attracts her in ways she finds hard to ignore.

Helen Harper, describes her alternative London with deft, confident strokes. She clearly has a larger story arc in mind. Her world building deepens, telling us more about witches, demons and magic, as well as seeing how the vampire families work.

Although Bo is always dashing from place to place, often throwing herself in harms way, the story is not chaotic. The pace is carefully controlled and perfectly timed.

By the end of this book, I found that I now had an ensemble cast that I’m interested in, a volatile main character with bags of potential to entertain and surprise and a well written new world that I’m going to enjoy visiting as often as Helen Harper invites me to.

Despite some less then ideal turns of events for Bo, the story maintains a slightly gloomy feeling to it while keeping you thoroughly entertained. It is just as fun as the first one and sets the stage for (hopefully) many entertaining adventures in the future.
The performance is great. I must say that my favorite kind of narrator gets the story across in such a way that you don't even realize that it's being read to you because the story just flows, and that is really the case here. The performance feels effortless in a very nice way.

Bo Blackman can best be described as bumbling through Vamp Life causing chaos where she goes but she dies manage to clean it up and solve the problem.

While not as entranced as I was with the first Harper still provided some great entertainment. Overall I just felt this book lacked the touches of naughty romance the first book teased with and delayed it with an abrupt and silly reason.

took a bit to get going bit then it got good!

The female protagonist was kind of whiney, and irritating at the start bit once she went "out on her own" the book got soooo much better!

I loved the story the characters along with the narrative. I can't wait for the next book chapter 3. I need to know about Bo & Micheal romance. waiting anxiously. Peggy

Leaves you wanting the next instalment

The second in Helen Harper's Bo Blackman leaves off from where the first finished, and doesn't disappoint. The action moves along, and the characters believable. The narration adds to the enjoyment

Got used to the writing style for this 2nd book!

I finally got used to the first person, preasant tense style of writing.

I enjoy the characters. The main character going against the norm and is her own black sheep. The others entertain me as well. The relationships are somewhat predictable, but I find it comfortably entertaining anyway.

Overall, I didn't want to put this down and finished it in a day and a half.