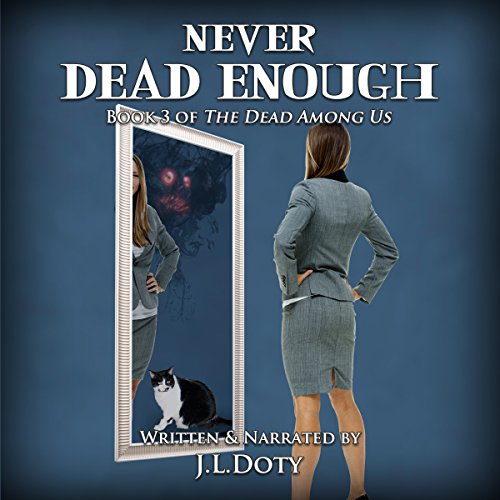 Creepy Serial Killer Guy (SKG) has relocated from Dallas to San Francisco so he can hunt down Paul and Katherine. The demon in his soul can't rest until it possesses Paul. But in Dallas, Paul and Katherine badly weakened it. So SKG's master needs to gain strength before attempting to take them. He prowls the streets of San Francisco and the Bay Area looking for more Alices.

While creepy SKG hunts Alices, Vasily Karpov conspires with Ag, King of the Unseelie Court. If they can bring over a monstrous legend from the past, even if it doesn't kill Paul, they hope to blame him for the damage and destruction, and discredit him with the senior practitioners.

Paul is haunted by thoughts of a powerful rune sword. Anogh, the newly restored Summer Knight, keeps interfering in Paul's life. Sabreatha, the black fey assassin who tried to kill Paul with the heart arrow, les fleche du coeur, takes an interest in Paul and Katherine. And of course, the Summer Queen and her High Chancellor, Magreth and Cadilus, keep messing in Paul and Katherine's lives.

Can’t wait for next book!

Would you try another book written by J L Doty or narrated by J. L. Doty?

Sometimes the narrator felt a little stilted in comparison to some more ‘experienced’ narrators I’ve come across and some of his accents maybe a little cheesy, but all his characters are clearly defined and easily distinguished from each other.

A nice easy listen with enough intrigue and mystery to keep everyone happy.

This is the third book in The Dead Among Us series, I really enjoyed the first two and they're great reads for paranormal fantasy fans. The third book begins with a demon possessed serial killer headed to San Francisco to hunt down Paul and Katherine. Before it can take on two powerful practitioners, it needs to regain its strength by hunting down its favorite prey, young women.

The two Faerie courts are more threatened by Paul than ever, and they each form their own plan to weaken him. Their attempts to separate Paul from Katherine seem to be working, and she's more distrustful of him than ever. Without Katherine by his side, Paul may not be able to fight all the forces arrayed against him.

I've really enjoyed this series so far. This type of paranormal fantasy, with a magic user that resides in our otherwise normal world, is not my usual read but I liked this author's version of it. He's sold me on his concept of faeries and other fantasy creatures walking unseen on the mortal plane. The writing is descriptive but straightforward, and has plenty of amusing moments to lighten up poor Paul's situation. I always prefer books with multiple points of view, it really keeps things moving, and I genuinely enjoy being in the heads of these characters.

J.L. Doty is both author and narrator for this book, and did a great job with the separate voices for the characters. I thought it was a good performance. I requested a copy of the audiobook, and I'm voluntarily leaving a review.