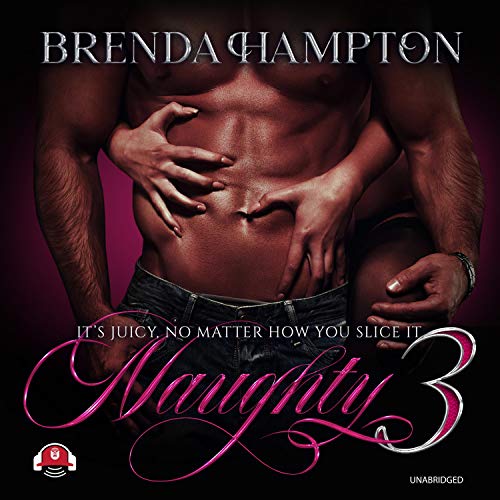 By: Brenda Hampton
Narrated by: Mishi LaChappelle
Try for £0.00

Look up the word "playa" in a dictionary, and you'll find a description of Jaylin "Naughty Boy" Rogers. He's always lived up to his bad boy persona, and there doesn't appear to be a woman in the world who can wash her hands of this addictive man. Now, the time has come for him to make some critical changes, or else his playing days are about to get him played.

Even after Jaylin fails to prove to Scorpio that he's a one-woman man, she still can't let him go. Their relationship revolves around lies and manipulation - and electrifying sex. Scorpio's serving it up on demand, until she finds out that Jaylin's lifetime love, Nokea, just might be serving it up again as well.

Just when Jaylin thinks he's got the world in the palms of his hands, "Jaylin's World" slips away. He's not being too particular with his female companions, and settling for anything sends him plunging into a lonely life without anyone by his side. Can he wake up and smell the coffee before it's too late, or will a change for this man just never come?

What listeners say about Naughty 3

Loved it! After listening top the forest book, I had to get the next one in line. Can't wait to listen to the next book.

This series of books was excellent

Jaylin, Scorpio, and Nokea a hot mess. They need polygamy🤔. The book is good. The series are not being downloaded in order. Which is not good. This is the third book. Please downloaded the series in order. Overall this is very entertaining and I do love 💘 me some Jaylin. Enjoy🙂

Three books in and I finally get the HEA I was waiting for. With five more books to go in this series I don't know how long it will last but I was excited to see at least one situation work out. I thought I would be done by the time I finished book three but I can't get enough of Jaylin, Nokea, Scorpio, Shane,, Nanny B and Stephon. After reading the overview of the next book, I'm not sure how I feel about Scorpio's story (because I really like Scorpio) but I am hooked on the series and can't stop now.

Naughty 3 sort of got played out for me. I got tired of listening to the same played out storyline be of Jaylin going back and forth with the ladies.

I had to finish the series, but I feel as though this could have been wrapped up in 1 or 2 books at most. It was a lot of going back and forth with the same unresolved issues. The narrator could not stick with one voice per character. Narrating could have been much better to separate the personalities of each character. It portrayed women as being week and only being submissive to great sex. We are more than that. I wish Jaylin would have gotten an harsher punishment.

Riveting. I hope there is more Scorpio Am going to start listening to part 4

the characters became more tolerable and more believable. maybe I can move on to #4.

This story could have been told in 15 chapters not three books. It was filled with redundant sex encounters that we did not need to constant descriptions of. We got it after the first 10 fucks! Also congrats on making women look stupid and weak for dick. Not to mention the annoying voices the women had. Is sound mentally ill the new ghetto women’s voice! The nanny was the only part of this story that was enlightening!