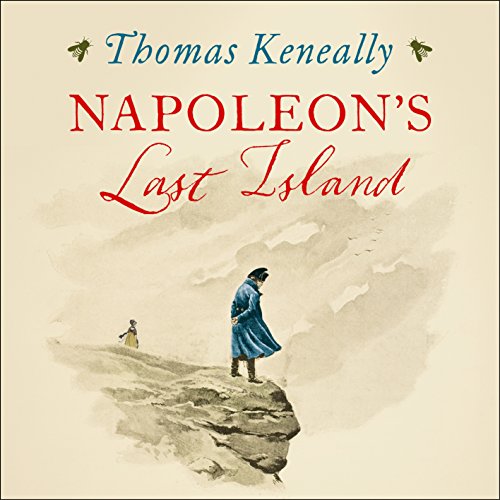 On the island of St Helena in the South Atlantic Ocean, Napoleon spends his last years in exile. It is a hotbed of gossip and secret liaisons, where a blind eye is turned to relations between colonials and slaves. The disgraced emperor is subjected to vicious and petty treatment by his captors, but he forges a relationship with an unexpected ally: a rebellious British girl, Betsy, who lives on the island with her family and becomes his unlikely friend.

Based on fact, Napoleon's Last Island is the surprising story of one of history's most enigmatic figures and a British family who dared to associate with him. It is a tale of vengeance, duplicity and loyalty and of a man whose charisma made him dangerous to the end.

As a long-time Keneally fan, I wasn't surprised at how good this was; he's a consummate tale-teller. But this is a particular achievement. His elegant use of 19th century language and empathy with a teenage girl living in a world quite different to ours is remarkable.
Betsy is a great creation - or more accurately empathetic imagining of a real human being. Far from perfect, but wise and emphatically human and always someone you want to spend time with.
A long book, I did not want to end