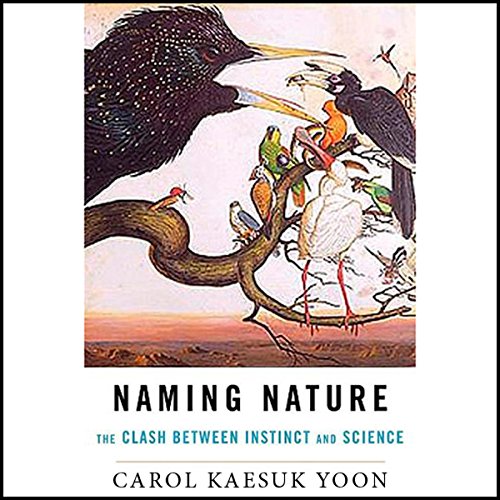 The Clash Between Instinct and Science
By: Carol Kaesuk Yoon
Narrated by: Dina Pearlman
Length: 10 hrs and 50 mins
Categories: Non-fiction, Biology
3.5 out of 5 stars 3.5 (2 ratings)

Finalist for the 2009 Los Angeles Times Book Prize in Science and Technology: the surprising, untold story about the poetic and deeply human (cognitive) capacity to name the natural world. Two hundred and fifty years ago, the Swedish botanist Carl Linnaeus set out to order and name the entire living world and ended up founding a science: the field of scientific classification, or taxonomy. Yet, in spite of Linnaeuss pioneering work and the genius of those who followed him, from Darwin to E. O. Wilson, taxonomy went from being revered as one of the most significant of intellectual pursuits to being largely ignored.

Today, taxonomy is viewed by many as an outdated field, one nearly irrelevant to the rest of science and of even less interest to the rest of the world. Now, as Carol Kaesuk Yoon, biologist and longtime science writer for the New York Times, reminds us in Naming Nature, taxonomy is critically important, because it turns out to be much more than mere science. It is also the latest incarnation of a long-unrecognized human practice that has gone on across the globe, in every culture, in every language since before time: the deeply human act of ordering and naming the living world. In Naming Nature, Yoon takes us on a guided tour of sciences brilliant, if sometimes misguided, attempts to order and name the overwhelming diversity of earths living things. We follow a trail of scattered clues that reveals taxonomys real origins in humanitys distant past. Yoon's journey brings us from New Guinea tribesmen who call a giant bird a mammal to the trials and tribulations of patients with a curious form of brain damage that causes them to be unable to distinguish among living things.

Enough with the fish already!

2.5 hours into this audiobook, I shut it off, never to listen again. The subject had me very excited -- I am fascinated by the act of naming -- but the book is confusingly written. It goes in circles, never seems to make any kind of narrative progress, and in two and a half hours/three chapters an a prologue, the stupid fish thing was brought up at least a dozen times. Too frustrating and meandering to continue listening.

The narrator does a great job with her material, though.


0 of 2 people found this review helpful