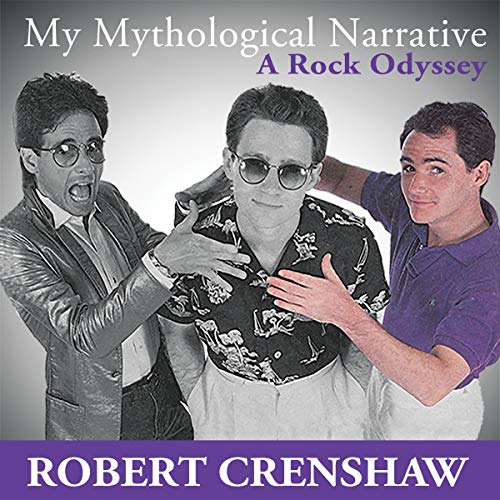 A story of a man's reflections as he looks back about upon a life he had as a successful rock musician, and the lessons learned from those adventures. If you were ever in a band or loved someone who was, I think you will enjoy the community and shared experience.

"Robert’s memoir is more proof that the dues-paying years are the most crazy, fun-filled, and potentially dangerous times of a young musician’s life. He captures that naïveté running headlong into harsh reality, usually with hilarious results. Robert also gives us plenty of historical context, on a large and small scale. Between anecdotes about his family... and an impressive attention to detail (the radio stations, music stores, and the gear), the reader really gets a feel for the time and the place. If the Dream promised early on of Rock immortality was ultimately unfulfilled, Robert is not bitter. This book reveals a generous and loving spirit, an enthusiastic raconteur, and a man you definitely want to go have a few beers with!” (Graham Maby)

“As the 70s turned to the 80s and the music changed from rock to punk, new wave and power pop, Robert Crenshaw took a ride with his brother Marshall up the music industry highway. Robert tells a compelling story of family, the highs and lows and the creative vs. the business side of his life as well as his struggle to make the world realize that he is a talented musician in his own right. I watched a lot of it happen and Robert tells it in his own unique style.” (Jonathan “Weasel “ Gilbert, WTMD radio; formerly of WHFS)

What listeners say about My Mythological Narrative