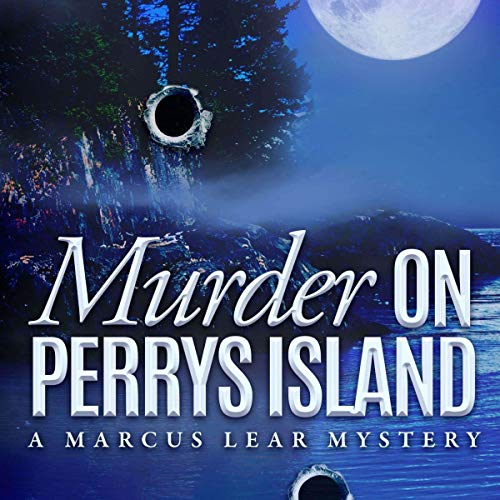 One terrible night Detective Sergeant Marcus Lear exchanged gunshots with a 16-year-old burglary suspect. The boy was left a paraplegic. Marcus suffered PTSD and could no longer bring himself to carry a gun. Forced to resign the job he loved, Marcus returned to his historic family home on Perrys Island to try to put his life back together. Marcus had grown up there listening to the police chief’s stories of crime solving in the city. The chief’s stories inspired Marcus to leave the island and become the youngest detective in PD’s history.

Marcus’s childhood best friend had been Jenny Gibbons, the Chief’s daughter, who was now an Ohio Wildlife Officer assigned to the island’s state park. She is determined to help Marcus face his pain and to reestablish their relationship. As they return home from an evening out, Jenny learns that the wife of an island businessman has been brutally murdered. With Chief Gibbons away for the night, a desperate Jenny turns to Marcus to use his experience to preserve the crime scene. Marcus refuses at first, unwilling to have anything to do with police work that might force him to relive recent events. Finally, he gives in to her pleas and agrees to supervise the crime scene just until the Chief can take over.

Despite himself, Marcus is drawn deeper into the investigation. When a witness identifies a youth camp chaperone as the last person to be with the victim before her death, Marcus believes the man’s story of innocence. Marcus is proven correct when the elderly housekeeper who helped raise him is left for dead in his own house and the historic mansion set on fire. The attack provides a personal aspect to the case that drives him to narrow down the suspects. Marcus’s single-minded pursuit of the killer while fighting his personal demons might cost him his own life!

What listeners say about Murder on Perrys Island

very well written. super good story line that kept me interested right from the beginning. can't wait to read the next book!

Nice to “detective” right along with Marcus Lear

If you like playing detective, then you may want to check out Murder on Perrys Island by Kevin Earp. Unlike most detective stories where you are simply along for the ride, never knowing what the main character sees that allows him to deduce the identity of the killer, Murder on Perrys Island puts you in the front seat, right along with Marcus Lear (the main character). You are in every interview; you see what he sees; hear what he hears. So, if you are smart (and I’m not), you can probably figure out who the killer is by the end of the story. From my experience, this is rather unique; in most mysteries, you aren’t provided with enough details to solve the mystery yourself. So, it was nice being able to “detective” right along with Marcus Lear.

Just to provide a brief summary: Marcus Lear, an up-and-coming Columbus, Ohio detective, is involved in a self-defense shooting at work. While the victim/perpetrator lives, Marcus struggles with the guilt that accompanies severely injuring another person. Eager to get away from the police force, Marcus returns to his home, Perrys Island, where he hopes to relax and heal from the trauma of the shooting. Unfortunately for him, healing doesn’t come in the form of rest and relaxation, but in facing his fears and helping the local police force solve a murder.

One of my favorite aspects of the book was the internal struggle and guilt that Marcus experienced after shooting someone. Even though it was an act of self-defense, and the perpetrator/victim survives, Marcus does not leave unscathed. Too often in books and in movies, authors/screenwriters and even audiences gloss over the killing and death of characters. How often do we see a main character burdened with guilt at having caused severe injury or death, even if the bad guy “got what he deserved”? We don’t. And to see a main character experiencing PTSD as a result of shooting someone was appreciated. It really brings to light that while self-defense and fighting may seem exciting on TV or in stories, in real life, it is accompanied by emotions most of us can never comprehend and definitely never think about. This was, in fact, my favorite aspect of the book. I’ve never read a story or seen a movie that does not overlook the psychological ramifications of shooting someone, even if that shooting was justified.

There are many things I liked about Murder on Perrys Island, but I can’t possibly list them all. Most of the things I liked dealt with the relationships between the characters – not so much in what they say, but how they think. The characters are good people; they make mistakes; they know when they’ve made mistakes; they recognize the need to apologize; they are just very human.

Admittedly, I found the book slow at first (I’m not a very patient person), but by the end, I didn’t want to put it down. I couldn’t wait to see what happened and was disappointed when it ended.

I am looking forward to listening to the second book as I very much want to see Marcus continue his journey toward healing while by bringing perpetrators to justice.

*I am related to the author and was provided with a copy of Murder On Perrys Island (Marcus Lear Mysteries Book 1) free of charge in exchange for my review. I received no monetary compensation.

I like to figure out the story, develop theories on who it could be. This has a twist I did not expect! Definitely worth the listen.