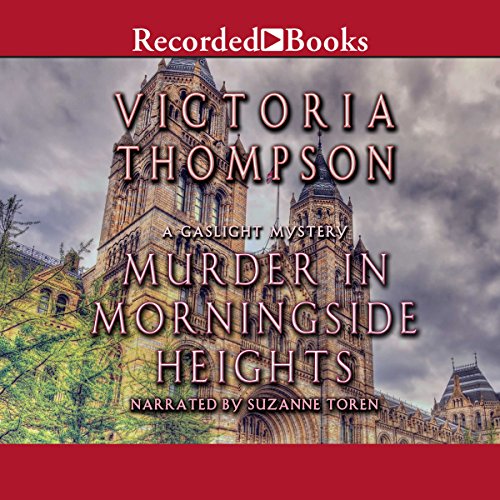 In the latest from the best-selling author of Murder on St. Nicholas Avenue, former police sergeant Frank Malloy and his wife adjust to life in New York high society as they investigate a death in the field of higher learning....

After spending his first few weeks as a private detective investigating infidelities of the wealthy, Frank has a more serious case at hand.

Abigail Northrup of Tarrytown, New York, was her parents' pride and joy. After graduating from a prestigious women's college in Morningside Heights, she took a job there as an instructor. She also joined the ranks of the New Women, ladies planning for lives without husbands in which they make their own decisions and make a difference in the world. Unfortunately, her murder ended all that.

When the police declare the incident a random attack and refuse to investigate further, Abigail's parents request Frank's help. Of course he'll need Sarah's assistance, as she's more familiar with the world of academia, and it will be far easier for her to interview the lady professors. Yet difficulties arise as they learn that although Miss Northrup may have been an exemplary student and teacher, she lived in a world of secrets and lies.