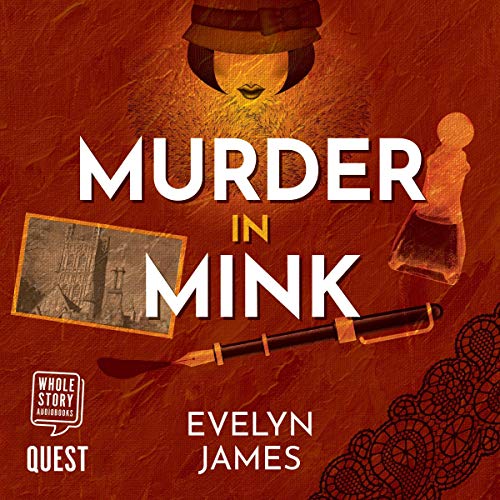 By: Evelyn James
Narrated by: Helen Vine
Try for £0.00

When Clara Fitzgerald, Brighton's first female private detective, is invited to the wedding of her cousin Andrew Campbell, she expects it to be a rather dull weekend. The Campbells, however, are far from dull, with protofeminist Peg fighting with her stepmother and Susan Campbell on the verge of suicide.

Matters are not helped by the arrival of the black sheep of the family, who is determined to ruffle everyone's feathers. But on the day of the wedding, events rapidly go wrong. A mysterious woman turns up at the ceremony, claiming Andrew is already married to her. When the woman winds up dead, Andrew is the prime suspect.

Clara unravels Andrew's past while contending with a family falling apart. But Clara must face the possibility that she has more than one killer on the loose.

This is the third audiobook in the Clara Fitzgerald series, set in 1920s England.

What listeners say about Murder in Mink