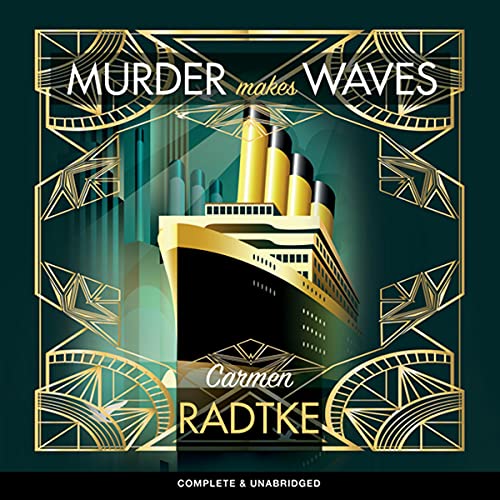 By: Carmen Radtke
Narrated by: Taryn Ryan
Try for £0.00

It’s a dream come true for Frances Palmer: a voyage from Australia to England on the Empress of the Sea, together with her fiancé, Jack Sullivan, and her uncle Sal, a.k.a. ‘Salvatore the Magnificent’. They’ve been hired to entertain the passengers with magic tricks and daring stunts.

But all is not well below deck, with jealousy and larceny ruffling the cheerful atmosphere. Frances and Jack soon find themselves in stormy seas, together with newfound allies.

When a passenger is found dead after a costume ball and one of Frances’ new friends is accused of murder, they decide to secretly dive into the case.

Nothing is plain sailing, though, against a cunning murderer. Will Jack and Frances and their friends get to the bottom of the truth, or will they drown in the sea of deception?