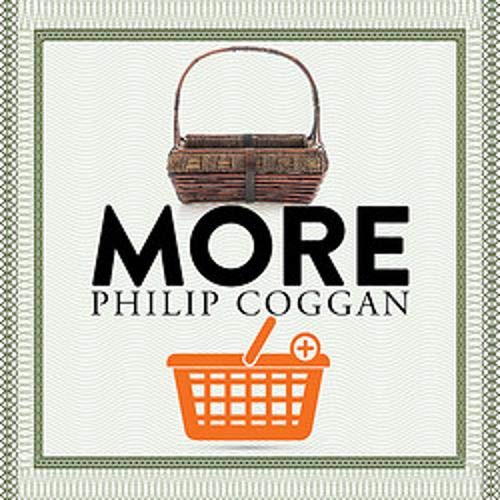 Economics may seem like a modern field, but its object of study is ancient. Resources have been exchanged and distributed since the dawn of history, and the economies that arose from those transactions were more complex than you might expect. In this panorama of the development of trade and industry, Economist columnist Philip Coggan tracks the development of the world economy starting with the first obsidian blades that made their way from Turkey to what is now the Iran-Iraq border 7,000 years before Christ, and ending with the Sino-American trade war that we are in right now.

Taking the history in great strides, More illustrates broad changes by examining details such as the design of the standard medieval cottage, the development in the 12th century of great international trade fairs under the patronage of the Counts of Champagne and Brie, and the stranglehold that Paris' three belt-buckle-making guilds exercised over innovation in the field of holding trousers. Along the way it reveals that historical economies were far more sophisticated than we might imagine - tied together by webs of credit and financial instruments much like the modern economy.

Between the chapters making up the grand historical sweep Coggan dives into different facets of the economic world - providing potted histories of migration, finance, energy and agriculture. In total, he shows how technologies and social systems spread, cross-pollinated and created the possibility of new waves of development. And he shows how, at every step of our long journey, it was connections between people - allowing more trade, more specialisation, more ideas and more freedom - that created the conditions of prosperity.

What listeners say about More

Not quite what I expected. A good 'A' level or 1st year undergraduate book, but minimal analysis. The reader has great diction but he reads it like the news, or a 'special report' on News at Ten.

Similar to 'Sapiens' but less enjoyable

This audio book provides a reasonably detailed overview of the various phases humanity has experienced in the build up to the current economic systems that we have in place.

I remember listening to this and noticing that this book refers to a lot of information covered in Sapiens but not really offering much more value to readers. Interesting but not the best in its particular area of specialty.

The narration was just good and the content was good, the monotone nature of the narrator makes it very easy to zone out and miss pieces of information and makes it very tiring to listen to. Overall I probably wouldn't recommend this book but that's due to having read similar works fairly recently, so nothing was really 'news' to me.

Failed to get me excited

This book covers a lot of ground but I found It failed to really have a theme. There were interesting passages and lots of facts, but I found myself losing attention regularly. About a third of the way through it I had to look at the blurb to see remind myself what it was actually about! I feel a good book should knit the content together with some sort of inciteful thread or narrative rather than just present a collection of facts.

Coggan tells the “Big History” of the global economy, technology and trade in a very unique and enlightening way.

First, he approaches history as a parallel series of separate stories, which all together form the “big history”, but individually make sense as well. He has chapters about technology, trade, agriculture, money, and many other aspects of the global economy. And he tells their story from long ago to today. Sometimes the stories overlap, as they do of course in real life. But mostly they make sense on their own. When added together, you get the equivalent of looking at one of those “world history” maps, which offers separate bands for each civilization.

Second, he approaches Economic history without prejudice or dogma, allowing the facts and figures to speak for themselves. That is a breath of fresh air compared to many other economics book, who use the veil of history to convey dogma’s and beliefs about how the economy should work.

The result is a comprehensive and enlightening book about a topic that concerns us all - and has for many centuries.

Books like this are few and far between. This particular book has been so informative and comprehensive that I was compelled to buy a Kindle version that I could read and re-read as well. Definitely a must for the library.