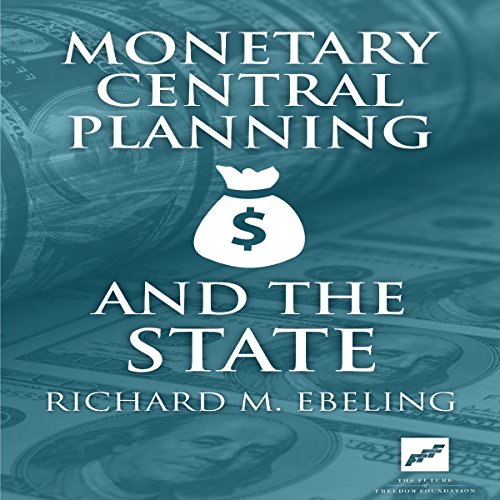 Monetary Central Planning and the State

For over a decade now, the American economy has been on a rollercoaster - an economic boom between 2003 and 2008, followed by a severe economic downturn, and with a historically slow and weak recovery from 2009 until the present.

The recession of 2008-2009 had its origin in years of monetary mismanagement by the Federal Reserve System and misguided economic policies emanating from Washington, DC. For the five years between 2003 and 2008, the Federal Reserve flooded the financial markets with a huge amount of money, increasing the total amount in the economy by 50 percent or more by some measures.

Many of the rationales for this "activist" monetary and fiscal policy emerged and took form under the cover of the emerging Keynesian revolution as first presented by British economist John Maynard Keynes. Monetary Central Planning and the State offers a detailed critique of the fundamental premises of Keynesian economics, and why its policy prescriptions in fact lead to the very boom-bust cycle the Keynesians claim to want to prevent.

This is the pathway to finally ending the cycles of booms and busts, and creating a market-based institutional framework for sustainable economic growth and betterment.

It is time for monetary freedom to replace the out-of-date belief in government monetary central planning.

What listeners say about Monetary Central Planning and the State