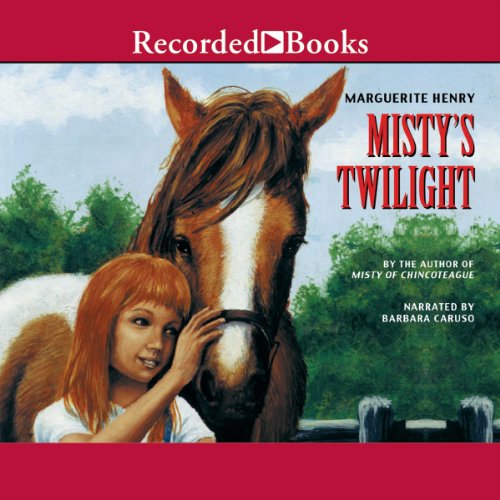 As a young girl Sandy Price dreamed of owning a pony like Misty of Chincoteague. Journeying to Chincoteague for the annual pony penning, a grown Sandy decides to make her dream come true. At the end of the auction she brings home not just one but four beautiful ponies, including Sunshine, a direct descendant of Misty. When Twilight, Sunshine’s foal, first appears from her stall, the fire of the wild ponies of Assateague is in her eyes. She races and rears herself into a lather, bucking at even the temporary confinement when the farrier examines her hooves. As Twilight begins to grow in stature and spirit, Sandy realizes the filly has a special future in store for the both of them. Marguerite Henry’s Newbery Award-winning collection of horse stories have become children’s classics, charming thousands of fans in many different countries. Her stories feature actual people and horses and are refreshingly free from the violent themes and issues so prevalent in today’s children’s literature. Misty’s Twilight is filled with the dreamy quality of yesteryear that holds an ageless appeal to young and old alike.

What listeners say about Misty's Twilight

Misty's twilight is a brilliantly thought out story. Its extremely stimulating and very uplifting I would recommend it to any horse lover