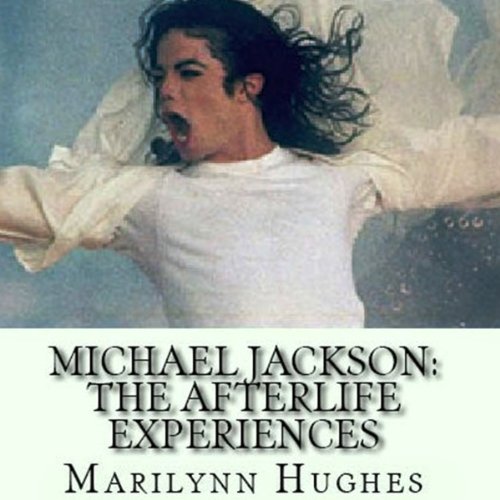 The afterlife experiences of Michael Jackson in the months following his death follow an unexpected and exciting path. Michael Jackson's afterlife journey becomes surprisingly relevant to all of us in our own individual understanding of our own human lives and the spiritual journey underlying our every breath.

"You are not real, Death, for I die every minute and am reborn in the next into life infinite." (The Book of Angelus Silesius - 17th Century Zen Poet)

Interesting..
Different in the way the Author incorporates other books and material referenced during the story of her experience that expands and connects us with the core story also..
A lovely positive listen

But the author argues a fascinating case for it. The book's worth a listen although I think part one is entirely 2 hours too long. Much of it is the author's redundant recitation of MJ lyrics and album credits.

The author borrows from other scriptures--from the New Testament to "The Prophet" to Rumi and Yogananda--to put forth a new theology embracing world peace and human dignity, based on what MJ showed her after his death. One a-ha moment arises when she suggests demonic spirits are sometimes present in tempting man into sinning, recalling the fall of man in Genesis 3. It makes you wonder if some of our trials might have occurred through active suggestion, rather than innate desire. Also, the afterlife stories (i.e., the creative source of MJ's music) as colorful as they sound, could not be proven requiring a hefty and continual suspension of belief from the reader. The author states that fact early in the book.

Definitely worth a listen. An open mind and familiarity of MJ's life (i.e., J. Taraborrelli's "Magic and the Madness;" MJ's "Moonwalk") and music (esp. songs from the "Dangerous" and "HIStory" albums) is required. And a taste for afterlife stories (Sylvia Browne, George Anderson, James Van Praagh, etc.) wouldn't hurt, either. :)