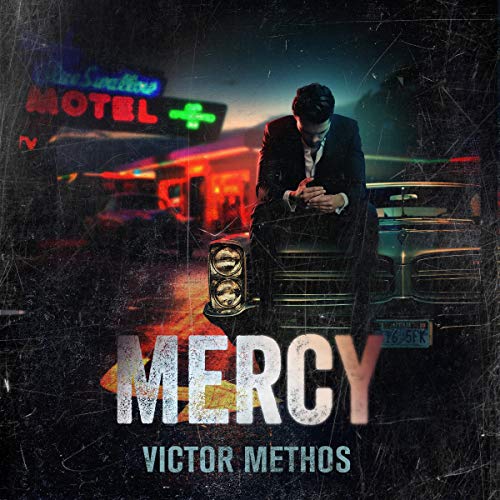 By: Victor Methos
Narrated by: A W Dickson

Brigham Theodore is a courtroom brawler, a criminal defense attorney who spends his time slugging it out with the government in court. A year after winning his biggest case, he finds himself at a new firm defending clients of every kind. Drug dealers, gangsters, con men, and thugs are the people he defends every day. For him, the fight is what matters.

As the new hotshot lawyer in town, Brigham is referred an engineer accused of euthanizing his wife who was dying of pancreatic cancer. Brigham believes the case to be an easy one, a plea deal down the line for a sympathetic husband. But Vince Dale, once the prosecutor on Brigham's biggest case and now the County Attorney, remembers the sting of defeat and refuses to make a plea bargain on the case. With nothing left to lose, Brigham must use every ounce of fight he has in him to defend a man who has the full weight of the government pressing down on him, and who might not survive it.

It all comes out in the end!

I don't think I have read anything yet written by Victor Methos that I didn't like and this book is no exception. I only wish they were a little longer.
MERCY is book #2 in the Neon Lawyer Brigham Theodore series. In book one Theodore got a man accused of murder off when no one thought he would be able to. These books are all stand alone and do not need to be listened to in order. There are only a few vague references to the first book in the one.
In book two Brigham is contacted by another man accused of murdering his wife. The woman was dying of cancer and he claims it was a mercy killing and that his wife wanted him to. The law calls it murder. The largest obstacle in Brigham's way is that during the arrest, the man confesses to the police.
This is a pretty straight forward plot driven book. I thought I had the whole thing all figured out. Right up until maybe 10 minutes before it ended and then wham... I was wrong!!!!
A W Dickson does an excellent job narrating.
HIGHLY RECOMMENDED.
If you found this review helpful please indicate so.
Thank You.

The first book in this series is great. The ending wrapped everything up, described motives, provided explanations for actions and events and still left room for a sequel/series without leaving a cliff hanger - which can be frustrating.
This book started out the same way - great. It hooked me right in and I couldn’t stop listening.
But the ending just ruined it for me. It gave the answers to the questions the story presented but not the why’s.
And that’s the part of an ending that I love. Knowing why someone did what they did. The ending in Mercy left me baffled and confused by the outcomes/conclusion.

loved the book. it kept my interest all the way through. great twist in end

This is the 3rd book I have read by this author, and he just keeps getting better.

Victor Methos is an incredible writer. I LOVE supporting local authors. Listening to a book that has your own cities and environment in it makes the book extra good. I had so many feelings listening to this book. I binged it in one day during work. Now it's the weekend, and I am angry.. maybe other people will see it coming, but I didn't.. and I am upset. -__- I hate that you did this to me, Victor, but I love that a book made me feel genuine emotions.

I will 100% be reading everything Victor publishes.

& the narration was splendid, minus a few odd ways of saying certain words, but that is just me being picky and no real "rating" of the narrators talent.